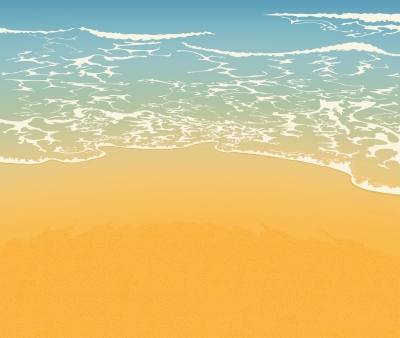 One day you go to the beach. It is a splendid day. The sun is shining. The sand is white as can be. The sky is blue. You are in a great mood. Suddenly, you see a lifeguard run into the water and begin swimming at a furious pace. In the distance, you see a person drowning. It is a terrible sight to see. The good news is that the lifeguard is up to the task of saving the person’s life. The individual who was drowning is saved. Thank goodness!

What you did not see was what actually took place in the lifesaving process. You might have thought that the person who was drowning would see the lifeguard and allow him to go about his job without interference. The reality, however, is that most people who begin to drown panic. So when the lifeguard approaches them, they are likely to flail around, making the job of saving them that much tougher. The drowning person might even try to push the lifeguard’s head down, so that they themselves might stay afloat. Such is panicked behavior.

Though this is an extreme example, it illustrates how we human beings tend to cling to the status quo. Even when we come upon something that might improve or save our lives, be it in a real sense or metaphorically, we have a tendency to hold on to whatever it is we have been doing. The prospect of change, big or small, often brings with it some degree of discomfort, some degree of emotional turmoil and, at times, panic.

Change is often uncomfortable for us.

Salespeople are dynamic agents of change. Individuals in the selling profession work to help people make changes in their lives. For a buyer, making a purchase of goods and services is, after all, a form of change. And salespeople, like lifeguards, are often met with opposition, not because what they are selling is somehow unworthy but because people tend to cling to the status quo, even when there is something better for them out there.

Many salespeople sell by virtue of direct suggestion. They suggest that an individual make a certain purchase for a particular set of logical reasons. However, how many times do salespeople effectively sell by indirect suggestion, thereby bypassing the tendency for a potential buyer to be consumed by the discomfort or panic accompanying having to make a decision?

Storytelling can be an effective method of indirect persuasion. Metaphors, allegories and analogies are all powerful. This article, itself, began with a story in an effort to introduce a point of view with greater subtlety, and hopefully more impact, than a direct suggestion might have.