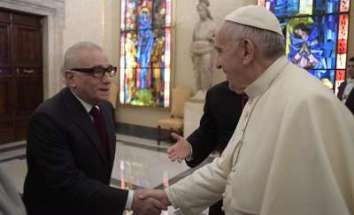 On December 1st, Oscar winning director Martin Scorsese met Pope Francis at the Vatican. The meeting took place prior to a special screening of his latest film Silence. Silence is a story about two Jesuit priests who travel to Japan to find their mentor.

Above, is a photograph of Mr. Scorsese meeting Pope Francis. Below, are some additional photos of the meeting. Since 2013 Pope Francis has led the Catholic Church. He is the 266th Pope. Director Martin Scorsese won his first Academy Award for Best Director, for The Departed, in 2007. Some of his other movies include Gangs of New York, Casino, Goodfellas, Raging Bull and Mean Streets. 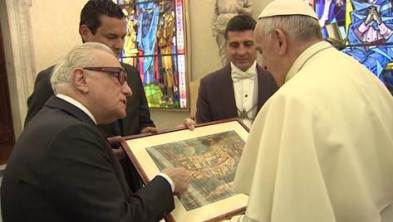 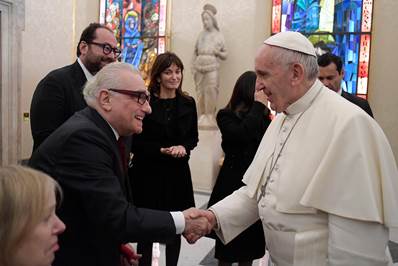