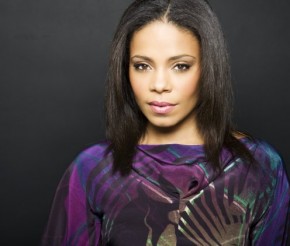 Sanaa Lathan’s Hollywood resume’ is diverse and she hasn’t been cast playing the same role over and over again. The actress also stands alongside fellow alumni Meryl Streep and Angela Bassett of the Yale School of Drama. Lathan tries to be private about her personal life, but she won’t deny marriage is in the future (with a laugh). She admits relationships, like acting, take a lot of work. Through all the struggles this actress feels stronger internally.

Listen to the Sanaa Lathan CYInterview:

Chris Yandek: You have had one of the more successful careers in the last ten years, but what are the struggles still?

Sanaa Lathan: “For me, I’ve gotten to a place where I don’t struggle. It’s an internal thing. I do get frustrated sometimes. In terms of the actual struggle, I live my life in between my job sometimes. Sometimes I’ll have six months off. Sometimes I am not reading scripts that I respond to. The thing that has gotten me through is just having a life outside of the business. Having great friends and family and having a spiritual faith. As a result of the struggles over the years it’s almost straightened my faith. It’s kind of been a really good lesson for me. You know what I mean? I’ve really grown from the struggle of being an actress.”

CY: Talking about Tyler Perry’s: The Family That Preys, how refreshing is it to be in another movie where whites and blacks are friends, in personal relationships, have equal mistakes, and race doesn’t seem to play a role?

CY: This is an amazing cast, but I have to ask about Kathy Bates. Did she you leave with something to think about?

SL: You know, unfortunately I didn’t have any scenes with her. One of the reasons I signed on was because of her and Alfre [Woodward] were already a part of it. Both of them are such amazing actresses. I was just happy to be in the same movie with them.”

CY: So let’s just talk about this bitch factor once and for all.

CY: I understand your character is a bitch and I understand everyone has that bitch in them, but what in particular is fun about playing a bitch for you?

SL: “Well, they get to say all the things that you would never say. You get to say the things that you know the audience is gonna be like, ‘Woo, I can’t believe she said that.’ And do those things. We all know people like that. For me, I don’t know. I just had fun with it. I love acting. I love playing different characters and she is definitely different.”

CY: Let’s focus back on Something New in 2006. You’ve definitely created a lot of attention and I know you’re in an upcoming movie with Matthew Broderick that’s kind of similar, but let me ask you, whether it be white men, black women, or anyone else, have you realized what this movie has done to advance society in some ways?

SL: “I don’t know. I know that people, it has that kind of effect that I still get people coming up to me saying, ‘Oh my gosh, I love that movie.’ I have women say that I’ve watched it 15 times. For me, I love the fact that whatever that movie is doing for people it’s doing something that feels good that they want to watch it over and over again. I feel like that’s all I can ask for.”

CY: That was really in my opinion the first movie where you were able to see the realities that black women or any women in general,

CY: Have opportunities outside of just their own ethnic background.

SL: “Right and you got to see the internal struggle for dating outside of your race as an African American that it’s real, an internal struggle in our country, which is kind of crazy in this day and age. That’s what drew me to the film because it dealt with new territory that we’ve never seen.”

CY: You’ve dated all types of men and I believe are currently seeing someone but we’re not gonna talk about that.

CY: But I do want to ask you one thing. What have you learned in your experiences with love and relationships?

SL: “Oh my gosh, that they definitely take work. One of the things that we’re taught as women, especially in this country, that you’re gonna meet your man and then you’re gonna have your white picket fence and the sun is gonna set and you’re gonna be great. Relationships take just like a job or a career takes hard work and commitment and attention and relationships take that. Otherwise they’re not gonna grow and they’re gonna suffer. I’ve learned that communication and honesty is key. Trust is key, but mostly you just have to basically invest in your relationship like you would invest in your career. I think people think that as soon as they have any kind of drama or disagreements that’s not the right person. That’s not always the case.”

CY: Well, I know from relationship to relationship it’s different, but have you had a struggle with the balance over the years?

SL: “The great thing about making movies is that you have – if I make two movies a year, there is still a large part of the year I am free so it’s actually a great balance. I’ve never really been a place where I don’t have time for the person I am dating.”

CY: I guess the answer would be yes, but will ask it anyway. I am guessing you still see yourself getting married one day I’d imagine?

SL: “I do. I see myself getting married. Yeah.”

CY: Thank you so much.

CY: Everyone has their thing, I get that. You’ve been through this amazing run of movies. You’ve had all these roles. You haven’t been put into one category, with that being said, what is the biggest misconception about you?

CY: Well, what is something people should know about you that they don’t?

SL: “They may know this, but I really love what I do and I do it as an act. My intention is to really uplift people even if I am playing a bad character I am serving the story. It’s really about giving back to the community of people that see my movies. I really want. It’s really about them.”

You can catch Sanaa Lathan in The Family That Preys out in theaters nationwide. Check out http://familythatpreysmovie.com/ for more information.

2 Replies to “Sanaa Lathan: Marriage Would Be Something New”