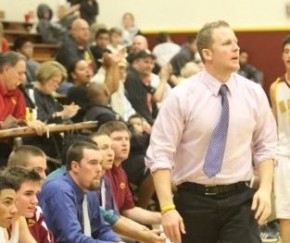 This year’s NCAA Tournament has been filled with many storylines and upsets. Some teams have either reestablished their programs or taken them to new heights. One of the teams that’s gone to new heights is San Diego State. With only two losses, the Aztecs find themselves in a position to make history for their program.

Joining CYInterview for a look back on San Diego State is former Aztec player, present day high school coach, Jeff Berokoff. Berokoff played guard for the Aztecs from 1998 to 2000, when they first joined the Mountain West Conference. Jeff has fond memories of playing for San Diego State. Today, the Mountain West is one of the mid-major conferences continuing to make noise during the entire college basketball season.

“It was an exciting experience because my first year there it was the last year of the original WAC Conference. Then my sophomore year was the first year or inaugural year of the Mountain West. So that was kind of the whole cool deal where you had the first Mountain West tournament. It was fun as far traveling around and playing in big arenas and seeing the whole transition from the WAC to the Mountain West. So it was for me being able to play the first year in the Mountain West Conference. Now you kind of see where that conference is evolving. You got BYU and San Diego State, New Mexico. Lot of teams been in the top 15 recently, which is really fun to see because I played in the conference, I know all of those teams in the area so it’s an exciting time for the conference.”

College basketball fans were probably surprised by the success San Diego State has enjoyed this year. Since 1999, Aztecs head coach Steve Fisher has worked to turn them into a more competitive basketball program. Many know Fisher as the head coach who oversaw the controversial “Fab Five” Michigan team recently profiled in a widely discussed ESPN documentary. Berokoff played for Fisher before transferring to Cal Baptist to finish his education in 2001. He explains how Fisher and San Diego State were able to reach new heights, compelling for a team that has not been on the majority of sports fans’ radar until recent years.

“A big part of that was building the arena. I think they built it in 1996 or 97 if I remember correctly. I think when I got there as a freshman it was the second year and they built this beautiful arena. It just takes a few, quite a few years to kinda get the kids fired up, on campus about the sport and about what’s going on there. Steve Fisher’s always been a big time recruiter so you knew that after four or five years he was definitely gonna get that thing going. Guys like playing for him so it just took him a few years and you see kind of what he’s building over there. He’s getting a lot of guys in…I’m actually surprised it took them this long to be honest with you. That place should’ve been popping years ago, but you see the excitement there now. That place is ready to go off. Just where it’s located, the arenas beautiful, of course it’s San Diego.”

For six years, Coach Berkoff has been working with high school kids and passing on lessons he learned while playing Division I basketball. While in training at his old high school gym, to play basketball overseas after his college career, Berokoff fell in love with teaching kids the fundamentals of basketball. Jeff found his calling. He is currently the head coach at El Modena High School in Orange, California.

“I was actually training to go play overseas at my old high school where I played at and the coach kind of forced me into just taking this group of sophomores and working with them. I just fell in love. About two days after I was working with the kids, I just had them doing the drills I was doing trying to prepare to play overseas and I just loved it. I have been in love with coaching ever since. I thought it was important for me to do high school. Originally I thought maybe I’ll coach in college and do that thing after I played, but then once you see the effect you can have on high school kids, it was immediately what I wanted to do for the rest of my life. I don’t want to coach in college. I want to stay a varsity head coach.”

Besides giving his high school players a thorough basketball education, Jeff has gained a following on YouTube with his instructional videos on improving basketball skills. People can see his videos here: http://www.youtube.com/user/jeffdaddy12. Coach Berokoff wants people to know that basketball can be taken seriously and enjoyed at the same time.

“I’m trying to show things. Basketball can be fun and you can have a great time with it and also be serious. I do a lot of things like dribbling and shooting and free throws and all sorts of stuff, but I try to make it fun and funny. I may not be a funny guy, but I try and people like them. I really think nowadays with these kids, they’re hiring personal trainers doing all this stuff that is great. I’m all for it, I think kids need to do that, but also you need to have some perspective on the whole aspect of it and enjoy it.

The only time you can enjoy it is if you’re working hard. I think some kids just work really hard, but they never sit back and say, ‘Hey, this is fun. Basketball is fun. I think it’s the greatest sport in the world.’ Sometimes you take a step back and have fun and enjoy it while you’re getting better. That’s kind of what I’m trying to do with these You Tube videos…I’m not trying to make money off it or anything. I’m just trying to make people laugh and maybe they can have help themself get a little better at the game of basketball.”

Finally, from the pop culture world, you might recall Jeff’s cameo in the movie Coach Carter about a high school basketball team that starred Samuel L. Jackson.

“Number 44 on Arlington. Yeah. Cameo. That’s right. I knew a guy that was helping with the movie. They needed guys who had played basketball. There’s a shot of me on there not playing any defense, but I have to tell you Chris that I was told not to play any “D.” If you’re watching it, hey, it was part acting. I’m acting right there.”

You can find more information about El Modena High School basketball at http://www.elmohoops.com/

Jeff Berokoff’s YouTube video with all his instructional basketball videos is below at the link http://www.youtube.com/user/jeffdaddy12

We have chosen one of his videos to give you an idea of what his instructional videos are like that you can watch below: