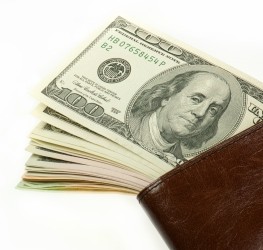 Reportedly, over the weekend Dominique Strauss-Kahn, the head of the International Monetary Fund, was pulled off an Air France plane – he was seated in First Class – by police at New York City’s Kennedy airport. The airliner was about to take off for Paris. The finance big shot was brought to a police precinct in Manhattan, where he was booked on a number of sexual assault related charges.

I believe in the American system of jurisprudence’s guiding principle that an individual is innocent until proven guilty. The justice system should be left to work in the case of Mr. Strauss-Kahn and we should not rush to judgment. Certainly, though, intense media attention is to be expected in this case.

Coverage of the criminal justice system and its procedures is a necessary and worthwhile endeavor if a society aspires to be truly free. The pursuit of liberty and justice must take place under the bright shine of the sun.

That said, however, something in addition to the charges against Mr. Strauss-Kahn caught my eye. In a number of news reports about the incident, I read he was staying in a $3000 a night hotel suite.

The International Monetary Fund (IMF) is a world body which, among other things, purportedly seeks to help nations suffering economic hardship by providing them aid and loans from money ostensibly coming from wealthier nations. If the $3000 a night lodging price is true, it raises some disturbing questions.

Was Mr. Strauss-Kahn paying his hotel room out of his own pocket or, was it being covered by the IMF? Oh, and by the way, I have read that he makes more than $400,000 a year, tax free. That’s more than the president of the United States.

If his hotel were being paid by the IMF, why was it spending this exorbitant amount of money? Can an organization that lavishes this type of accommodation on its chief functionary be trusted to demonstrate sound financial judgment when administering money to nations in need?

What heightens the impact of this story is that the IMF chief reportedly comes from the left-wing of French politics. A socialist in a $3000 a night hotel room? Even if he had been using his own money to pay the bill, which remains to be known, what does it say about his financial judgment, as well as his commitment to the French concepts of “Liberté, Égalité, Fraternité,” translated into English as liberty, equality and fraternity?

I hope this issue is scrutinized and the world is provided with some answers. How many starving people in countries around the globe could be fed on $3000 a day? Even if this big shot were footing the bill himself, it raises questions about him being out of touch with the plight of many in today’s world. Can anybody say Greek austerity measures?