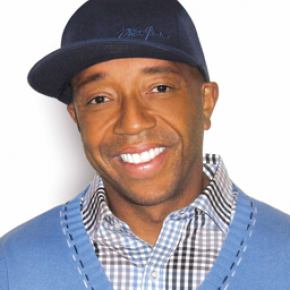 He is one of the founding fathers of Hip Hop, but Russell Simmons had to answer a lot of questions last year. The comments of radio shock jock Don Imus led to a discussion of the rap industry and many derogatory comments that were directed towards women. A lot has changed in the last year and Simmons says he thinks every day about the things that are put out there. Besides that, Simmons bestseller Do You! is now in a paperback edition out this week. It’s a book about taking control of your life and never giving up to achieve the things you want.

Listen to the Russell Simmons CYInterview:

Chris Yandek: It’s been a year since the events of Don Imus’s comments to the women’s Rutgers basketball team and then a discussion of race, rap music, and culture on shows like Oprah and through the rest of the media. What do you feel has changed in the last year from all the discussions we had?

Russell Simmons: “Well, one is that we’re more careful about what we put on the media. It’s always a good thing to have dialogue. We’ve recently had a more insightful dialogue on race and there has been a lack of willingness to really address. On the surface we talk about it, but we never really talk about what’s underneath. I think we’ve done a little more of that lately. The Imus situation certainly brought to light the disconnect, the difference between intention and words. We’ve been arguing that point for many years now in the hip hop community. I thought maybe the mainstream couldn’t digest certain things. It dawned on me one day when I went into the Sirius Radio Station and I went and sat with Deepak Chopra and we used certain sanscript words.

CY: Do You!: 12 Laws to Access the Power in You to Achieve Happiness and Success is now available in paperback edition. There are many success books out there today marketed towards young people. Why is yours different than any of these others?

RS: “Yesterday I had an event. I am the chairman for Ethnic Understanding. We raised money for our Muslim Jewish dialogue. We noticed that people think they are somehow not connected, that when someone else deals with injustices, they’re not their own injustice. They just feel separate and that’s funny because that is something that I mentioned. All the parallels and scriptures are parallel and they all say the same thing. The prophets no matter the year, language, what color had the same signs. Religion – the science of happiness and love and the comic laws are the same no matter who says them. My book says a lot of the same stuff, the Bible, the Koran, the Torah. It’s hard work, dedication, and faith. It’s a receipt for God, realization and the goal which maybe you want to promote a happy, peaceful life, but hard work, dedication, and faith there are rules. So how do you say it? Different languages? For me it was a cleansing process. I wrote down what I know is the road to happiness and success.

The book Do You! – I use the yoga sutra as my Bible, but it said the same thing. People reading and writing it is true, but can you remind people and remember it. Can you get up in the morning and go to work with the idea that I am going to give something? And if you do that you honestly receive it. That’s how it works. It’s about getting money, getting ahead, all of these things, but it’s different than the way your parents might have received it. It’s a bestseller. People told me that it changed their life. I am excited about it. It’s just repeating the obvious, but some people get it the way I say it.”

CY: With all the success you’ve had, in your quiet life away from the public and microphones, do you think about some of the stuff you produced or put out there really didn’t do anything good for the public?

RS: “I think about it all day long. I produce albums. I produce Def Poetry, Def Comedy, tons of movies, records. One thing I think I’ve been very good at is trying to represent the truth. Honesty has always been the key. If we can promote something that is honest and insightful then we’re doing something good, all my businesses. The Unirush Company is about empowerment. Simmons Jewelry is about inspiring a diamond industry to see truth. We have a diamond empowerment fund. I try to make a conscious effort to have conscious businesses. I say conscious of the truth, the higher truth. I try to always have that in mind. I don’t want to go to work if I feel something is going to be hurtful or not move the media forward.”

CY: With all the economic problems we are having right now in America, how do you think the overall economic woes are affecting the entertainment industry and maybe more so the music industry?

RS: “Poverty has always been a place from where the hip hop artists have operated. It’s not new to us. The record is about struggle, honest representations of what some our community feels when they come from struggle. Some guys have traveled and seen other things, but the mindset of poverty is still on many of them and they are expressing it and people can relate to it because they are struggling as well. I was reading today the distance between the richest and the poorest is the widest it’s ever been. So that is what it is.”

CY: Yeah, but how do we get over that. How do we pass that? How do we decrease that gap?

RS: “It’s about a personal revolution as well as a social revolution. The book Do You! is about you, the higher self. What can you achieve when you connect through the practice of connecting? The sides of religion are the same, the ideas of connecting to the self. Of course if you want to be a lawyer you go to a library to study law. People should know that. The library is open. If you want to be a doctor, study medicine. Many people want to be basketball players and in the inner city they play ball. How do you say go to work every day, put your head down, and realize you’re already rich? Operate from that strength. I say you’re rich cause you’re not starving. Physically you are certainly rich. You don’t need anything.

People say in hip hop, yo son I am starving. You get it all the time, but many of these people are overweight. It feels good to get up at six o’clock in the morning and meditate, go to work. If you don’t have a job find one. If you can’t find one go in front of the store and sweep in front of the store. Do it enough times and they will hire you. If not the neighbor will hire you. Be a good servant. Find that service that makes you happy. Keep your head down. Enjoy life. Don’t struggle with it. Many rich people I know are struggling. It’s in your own mind. The revolution. The personal evolution that I am referring to is a spiritual one. Money doesn’t make you happy.

People say it does but they’re wrong. Happy makes you money and that money is part of your service. You give it back anyway. This is what the book is about. I think that is a great service. Probably the best thing out of all the five charities I run. The contribution of consciousness is better than all the charities I run. Empowerment and consciousness, that is what people need. It’s a personal empowerment. The spiritual transformation that you have to go through.”

CY: You and Kimora seem to have gotten along well even though you both have been separated a while and are dating new people. Media reports stated last week that Kimora filed for divorce. I am guessing this is something that is not surprising and was just put off?

RS: “We weren’t paying attention to it. We both have very serious relationships. I guess it’s the perfect timing. It should be a timing that is out of the media, but there it goes.”

CY: So this was no surprise then? There was no chance at reconciliation or anything of that nature?

“No. Everything is all good. My children are here sleeping at my house today. Tomorrow they’ll be sleeping at her house.”

CY: Finally, what would you like to say to the new married couple Jay Z and Beyonce?

RS: “I know Jay Z. We signed him at Def Jam many years ago. I watched him grow as an individual and I watched him become a great giver. Beyonce supported us at the Hip Hop Summit. Her father and family have been great to us. They are two people I have a great deal of admiration and respect for. I love them both, seeing them get married is a perfect order. I am very happy for them.”

You can find more information on Russell Simmons and his new book at http://www.russellsimmons.com/

One Reply to “Russell Simmons: Rustles Up Insights”