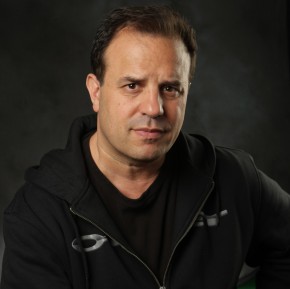 Sometimes you become a journalist first and then you decide you want to direct movies about journalism instead. It is the story of Rod Lurie’s career who just directed Resurrecting The Champ this past year and will be putting out another movie this year about sources and journalism titled Nothing But The Truth. Lurie as well is one of the people responsible for the ABC hit Commander in Chief a few years back where actress Geena Davis played the female President of the United States. He admits he has learned some valuable lessons along the way, but has great respect for the media even through its changes.

Listen to the Rod Lurie CYInterview:

Chris Yandek: Why don’t you give a background to who Rod Lurie is and what he has done in the world of entertainment?

Rod Lurie: “Like you I was a journalist for many…many years. Before that I was in the military actually. I was a film critic for a Los Angeles magazine and for KABC radio in Los Angeles. To be honest with you man, I didn’t think I was very good at it. I decided I needed a new line of work. I tried knocking out a couple of scripts. Some people thought there was some future in them, we made a couple of movies, and here we are now. Resurrecting The Champ is my fourth film and really happy with it, really proud of it. I’ve got some of the best actors in the world in the movie and giving their best performances ever.”

CY: With all the talk of ethics, the Internet, it’s more about the downside than ever. Does your movie play a great part right now because of what Josh Harnett goes through with his character?

RL: “The Internet for journalism, there are pluses and there are minuses. The plus is that there is so much more access to becoming a journalist, to getting information out there, and to getting yourself out there. Not at the mercy of editors and publishers deciding whether you are worthy enough of being a journalist, but that’s also the negative isn’t it? The Internet becomes flooded with people who are putting up bad information and not particularly good writers. Certainly there are not under the scrutiny of lawyers and fact checkers. However there is just a plethora of these guys out there. It turns the mainstream media – the newspapers, magazines, and television shows, it turns the pressure up on them to become much…much more speedy in getting out their information. As a result, I think our journalism has gotten weaker than it has ever been. The era of Woodward and Bernstein and David Halberstam – these days are gone.”

CY: Sometimes people are looking more at the bottom line more than the story. They want to be first when first is not always good.

RL: “You’d rather have it fast than have it right. That’s one of the dilemmas that is faced by Josh Harnett in Resurrecting The Champ.”

CY: What’s interesting about the movie is you got to work in a few scenes with real homeless people because Samuel L. Jackson plays a homeless person in the movie. What was that like and how surreal was that moment to give homeless people some extra money?

RL: “Well, that was really cool to do that. As you know this movie is not about the homeless. The lead character is homeless and it is much more about Josh Harnett’s journalist character. It’s much more about the fact that Samuel L. Jackson’s character was this amazing boxer whose taken this horrible turn in life. It was great that we got to use the real homeless as extras, put some money in their pockets. That was really important. That was very important to us, but that was just for a few scenes. As you know, most of the film takes place in the newsroom or takes place in boxing rings.”

CY: What do you think about the sports journalism industry and how well do you think you portrayed it in the movie?

RL: “Well, I think that sports journalism is safer than other kinds of journalism because simply a matter of access. There are so many film journalists that are now on the Internet because they just really need to state opinion and get copies of movies and go to research screenings. There is a lot of access. The sports journalists in order to get into a sporting event or a locker room, it requires credentials, the type of credentials that are impossible for entertainment journalists to get. To understand sports, there are sort of a lot of people who are arm-chair coaches or sports writers, but you really need to have a strong expertise in those individual sports. I think that’s slightly a more protected part of journalism in my opinion, but I guess you blog about sports as you do about anything else.”

CY: Were you surprised you were able to get the cast you did for this movie? You had Samuel Jackson, Josh Harnett, Alan Alda, and Terri Hatcher.

RL: “Well, I am always surprised when people agree to work with me Chris. I always assume they will look at my past films and say not a chance. Somehow they keep coming back. My next film is called Nothing But The Truth, which I just finished filming. We have a nice cast there as well. Samuel L. Jackson signed on to do the film out of real passion playing that character. He read the screen play and even though it was going to be a low paying gig for him at least, he leaped on to it cause he saw it was a very complex character. The same applied to Josh Harnett. This film was originally focused in 1997. Back then Josh Harnett was probably a virgin. That’s a long time ago and Sam was too young for it and it was Morgan Freeman at the time and a whole plethora of young men were going to play the journalist. When it came to 2006 and Sam had aged to it and Josh was an adult, the casting came together without too much difficulty. Also when you have those two actors, it was easier to entice other actors. The most exciting was Alan Alda because it was one of the greatest actors on the history of the screen.”

CY: You really touched on where the media business is in 2008 and in some ways it is a great upgrade from All The President’s Men just to show where the state of journalism is right now.

RL: “Well, my favorite movie of all time is All The President’s Men. In terms of journalism, it is pretty much my favorite period. There are many little homages including the way Josh dresses in the film. He has picked pretty much the same outfits that Robert Redford had wore in that film. Journalism is completely in a different state than it was. Little bit of rush to judgment right now in the press. My new movie is Nothing But The Truth and it deals with protecting sources with Kate Beckinsale, Vara Farmiga, Alan Alda, and Matt Dillon. It tries to touch on a whole other aspect of journalism. I am really fascinated by journalism. It is our most noble profession when formed properly.”

CY: Commander in Chief with Geena Davis, we look at this state right now, does Geena’s character have any similar qualities to Hillary Clinton?

RL: “Yes. She is a fighter like Hillary is, but I think she is a more honorable character. A lot of people told me when the show first came on the air, I was ferociously attacked by the right and ferociously applauded by the left that this was a movie for Hillary Clinton. The truth is that it wasn’t at all. It was just meant to be a female president. It so happens she was a viable female presidential candidate. I would say that the fighting spirit is the same. I didn’t model her in any way after Hillary. I modeled her after a couple of women. One was the head of ABC Susan Lyne and the other was my mom. It’s sort of her mannerisms and the way she conducted meetings. Susan Lyne was the executive at ABC and sort of her judgment, the way she thought things through, the way she applied her things as a mother, I really applied to my own life.”

CY: Would you say you were under a lot of pressure regarding the show because it got such great ratings and then it seemed like it truly went away?

RL: “I got fired from the show Chris about the seventh episode in. The reasons behind that firing are all business oriented. They brought in Stephen Bochco to run the show and he has a much different style than I do. Perhaps his opinions about women and power are different than mine and mainly the way he portrays women are much different than I do. The quality of Commander in Chief when it came on the air especially with women over 30 were really relating to it and they had a character that was absolutely inspirational when Stephen took over the show, he put the men more front and center. I know the women started to leave the show. That’s empirically indisputable. I think Stephen had some conflicts with ABC. They weren’t as much a fan of working with him and they started to care less and less. The show did move to a different night. It got put on a hiatus and eventually it just fell apart. It’s one of the saddest things I’ve ever experienced in my life.”

CY: I’d look forward to that show every week and I was like this was real television.

RL: “I agree with you Chris. It was a real bummer, learned some very valuable lessons. They let me go from the show saying I was delaying screenplays. Although I would question that, I brought too much upon myself. Instead of putting a band-aid on the show they amputated one of its most essential elements or one of its most essential moments. I learned some lessons the next time I won’t repeat when I run a TV show. I really liked your site and I like your insight. I especially liked as I was telling you at one point, that thing you did with Angela Bassett who’s in my new film.”

CY: Would you tell me about your upcoming projects in closing? I’d really appreciate that.

RL: “The next project is Nothing But The Truth. It should be out in the Fall. It deals with a journalist who is protecting a source. Kate Beckinsale plays a journalist, Vara Farmiga is a CIA agent that she exposes. Angela Bassett plays her editor. Matt Dillion is the prosecutor. Alan Alda is in it, David Schwimmer, Noah Wylie. It’s really pretty cool. It would appear I am going to do direct my remake of Straw Dogs, a little bit before your time. Probably before you born, which stared Dustin Hoffman back in 1971.”

Resurrecting The Champ is now available on DVD. You can check out the official site of the movie for more information http://www.resurrectingthechamp.com/

You can find more information about Rod Lurie’s next movie Nothing But The Truth at the following link: