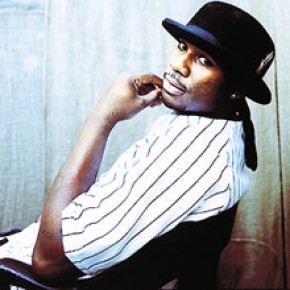 Robert Randolph and The Family Band are back with their new CD Colorblind which is a follow up to their 2003 Grammy nominated work Unclassified. Robert Randolph is a unique musician like no other. His pedal steel guitar playing has had a revolutionary impact on the music scene. This is a new kind of music that celebrates life. Robert reflects on working with many of the best in music, the band’s deal with ESPN, and what he has contributed to the industry.

Listen to the Robert Randolph CYInterview:

CY: Tell me about your latest CD Colorblind and what the message was that you wanted to get out on this project?

RR: “Well, we just really wanted to hone in on writing great songs. I was able to work with so many of the great music artists. When you talk about Eric Clapton, Carlos Santana, Dave Matthews, and producers like Rick Ruben, all these people had a hand. All these guests are not on the album, but these people are just people I had an opportunity to work with. We really just wanted to hone in on a great rock CD that is a celebration of love, life, and happiness.”

CY: Eric Clapton and the Dave Matthews Band are also featured in songs on the CD. Why did you think it was important to include them on this album?

RR: “Well, with me, these are the guys that really put me on the map. I had a chance to tour with Clapton in 2003 and 2004. Dave Matthews- been touring with him at least every year since 2002. These guys watched me grow over the years and watched the band grow. With this record, they really wanted to help us out and write some great songs together. I wanted to feature them on this record.”

CY: You are trying to show inner city kids through this work that if you are black you don’t have to be a rapper if you want to make it in the music industry. Do you think many kids growing up don’t have the right idea about their possible musical abilities?

RR: “Yeah. The way I look at it, it goes back to the elementary schools and stuff in these inner cities. It’s kind of like how VH1 is doing this “Save the Music” campaign. For me when I was growing up, I was able to be in a band at a very young age, but now today with TV and with the hip hop thing going on, a lot of kids really just don’t think it’s cool to pick up a guitar or to pick up a drum or to pick up a horn or flute or whatever. Music is that thing that helps you out. It gives you the hold of an outlook on life.”

CY: Do you feel it is hard to top yourself after the 2003 Grammy nominated CD Unclassified, and do you think this one could be nominated for a Grammy also?

RR: “Well, I don’t think it’s hard to top what we did last time. This album is a thousand times better than the last one. If we get nominated for Grammys that’s great, that’s fine, but I had the opportunity to grow musically, me and the band. We had the opportunities to grow and really just hang out with some of the greatest songwriters, singers, musicians, producers, and the feedback has been so great. We have the ESPN and ABC college football thing that’s been airing. We got a lot of that going on, especially from the sports world really happening for us. Even though we get down sometimes when my New York football Giants get their butt kicked the way they did on Sunday by the Seattle Seahawks. That was not right for me.”

CY: What genre or category would you label your music?

CY: Tell me about how you’ve been able to redefine the sonic possibilities of the pedal steel guitar.

RR: “Just kind of being a whacky guy I think. I grew up in church in New Jersey. I had an opportunity to watch some of these great musical pioneers that I grew up watching, Calvin Cook and Ted Beard. I had a chance to travel to Nashville a lot years ago. Once I got about 18 or 19, 18 more so, I got into Stevie Ray Vaughn. That basically changed my whole life listening to him. That led me to listening to Sly and The Family Stone and Jimi Hendrix. That’s what it’s been about.”

CY: Your string wizardry has lead you to guest spots with Ozzy Osbourne to Kanye West. What’s it feel like to be affiliated with music’s elite, but also have live performances on the Grammys with Outkast and Earth, Wind & Fire?

RR: “It’s been crazy really for me to now pick up the phone and call any of those guys, Big Boy from Outkast or Eric Clapton or Dave Matthews. It’s a great thing for me, especially being a young African American male, having this band, and just really creating something new musically for people to go back and grab a hold of. We got this new CD Colorblind that you all can go get. We got a lot of that going on. It’s been fun just really getting that thing out there for people to really hold on to.”

CY: ABC and ESPN have chosen you and The Family Band as their Saturday Night Primetime College Football musical guest. Tell me about this project and how it all came about.

RR: “Well, ABC and ESPN have been fans of ours for a while. They were waiting for this record to come out. They did care, but they really were going to support us probably with whatever song we did. We let them listen to the record, and they really fell in love with this song called The Thrill of It, which is kind of like the first single from off the album. We recorded that piece of footage up in New York City in Time Square on top of a roof for hours and hours. It was a really fun time making that video segment. We appreciate the love. I am a big college football fan. That’s what I am always into. Michigan Wolverines had a good win last week, not this week, but last week against Notre Dame.”

CY: Tell me about how sports has impacted and been part of your music.

RR: “My teams get me so angry to where it forces me to write songs and forces me to go to my guitar and release some of that tension. I am a New York sports fan. The Mets are good. The Mets make me happy. The Knicks are not good. The Giants this week got their behinds kicked. I wrote another song last night about the depression that we showed on national TV on Sunday.”

CY: Who are your sports friends?

RR: “I got Jeremy Shockey on my side, Tiki Barber, Bobby Abreu, Jason Giambi, Randy Johnson. Those are my buddies.”

CY: You were voted by Rolling Stone Magazine as one of the 100 greatest guitarists of all time. How does it feel to be recognized for your musical craft, but that you have stood out unlike anyone else?

RR: “It’s weird that they put me in that class. I will thank the good Lord for letting me reach out to people. I guess I really inspire people to want to do something different musically and while I am doing something musically, I would hope that it would be great because that’s what I am striving for, greatness. People have recognized that in me. That’s been the whole thing. I appreciate Rolling Stone and the other musical fans putting me in that category.”

CY: There are more music acts than ever on an independent level. Why do you think so many of these acts won’t ever make it to a national record label? Is it just a lack of good management, marketing, or just only so many spots on the national labels?

RR: “Man, you know what it is? It’s like getting into the NFL Draft. There are a lot of good players that can play. It’s not a knock on anybody, but everybody just is not a God given talent. Some of us work hard. Some of us do what we do, but God gives the rest of us something special, something different that we cannot explain. It just happens to us. There is a lot of people that can sing, play guitar, dance, and all that, but there is not many people who can deal with the mental capacity. That’s the whole package of the whole thing.”

CY: That’s any aspect of entertainment though definitely.

RR: “Yeah. You look at sports and there is Michael Jordan and always the next Jordan. People can’t deal with life, sports, and fame. It affects their work ethic and everything else mentally. How many people can jump and shoot? You know what I mean?”

RR: “Well, I have kind of added and changed really through music, to really get people to, I really want to get people to celebrate life. The fact that we are here and breathing and write songs and be the greatest you can be at celebrating life. With all the stuff we are going through now, you look at that football game last night with the Saints and the Falcons, you look at that those people and they are celebrating life. They are just happy to be there. If we could really kind of hone more on that, how many people were touched by that just being there? The Dome opening up, the attention on New Orleans, Louisiana, the Gulf Coast down there. Through music I like to celebrate things like that. Hopefully more people can do that and that will touch more lives around the world today.”

Robert Randolph & The Family Band’s at
http://www.robertrandolph.net/. Colorblind will be released October 10, 2006.

One Reply to “Robert Randolph”