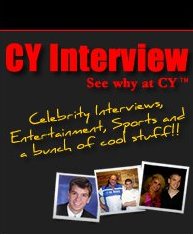 Earlier today we brought you an interview with Sgt. Terry Young. Mr. Young’s dog, Target, had been labeled a hero after saving 50 soldiers from a suicide bomber in Afghanistan. Sgt. Young was among them. You can read the story and listen to the interview here:

We now bring you an interview with Robert Misseri, who met Target and his fellow hero dog friend Rufus when they were brought to the United States to live with two of the 50 soldiers who were saved. Misseri is the President of Guardians of Rescue. He shares insight into his involvement with these hero dogs and how this tragedy could’ve been prevented.

Listen to the Robert Misseri interview:

“We helped bring the dogs through customs at JFK. We secured their custom’s documents and of course greeted them when they came off a loading dock and we immediately had them sent off to groomers …Obviously dogs don’t generally smile, but they had smiles on their faces. I think they knew at that point they were safe.”

Referring to the purported accidental euthanizing of Target, Misseri said, “I think this was a neglected scenario where a woman refused to look at documents as we think she did. She could’ve easily looked at the report and seen they were two very different dogs. One was a Shepherd mix. One was a Pitbull.”

Misseri says maybe there is another message here when it comes to the tragic event that struck Target. Perhaps this national story will spread awareness to a far bigger problem of other pets that were also put down by mistake.

“What we have here is dogs that were certainly heroes and brought here and we wonder why this took place. Is this something that again this dog became another hero by letting the country know this is something that does happen. It happens in shelters all the time. We hear of these cases all the time about a dog mistakenly euthanized because it had a wrong number on it or because a photo just looked too similar. So I don’t know if she became another hero in this area of alerting the public that this is something that does take place.”

One way to prevent this happening to your pet is chipping devices. Robert’s organization, Guardians of Rescue, provides free chipping devices for pets to people who can’t afford it. He says there are other organizations out there besides his, that do this.

“It’s a painless, simple little thing that happens. They put a chip in the dog. It’s not expensive. We at the Guardians of Rescue – if someone calls us, we’ll do it for free if someone in our community asks us for a chipping and they don’t have the money, we’ll do it for free. So there are rescue groups out there that will help out people who can’t afford it.

Rest in peace Target. And many thanks to Robert Misseri and people like him working for the safety and well being of our four-legged friends.

You can find more information about Guardians of Rescue at http://www.guardiansofrescue.org.

Target’s owner Sgt. Terry Young gives a full account of the tragedy in an interview:

Powerhouse Attorney Gloria Allred discusses if Sgt. Terry Young or any pet owner can sue a shelter for negligence towards their animal:

4 Replies to “Robert Misseri of Guardians of Rescue: Speaks out on Hero-Dog-Target Tragedy”