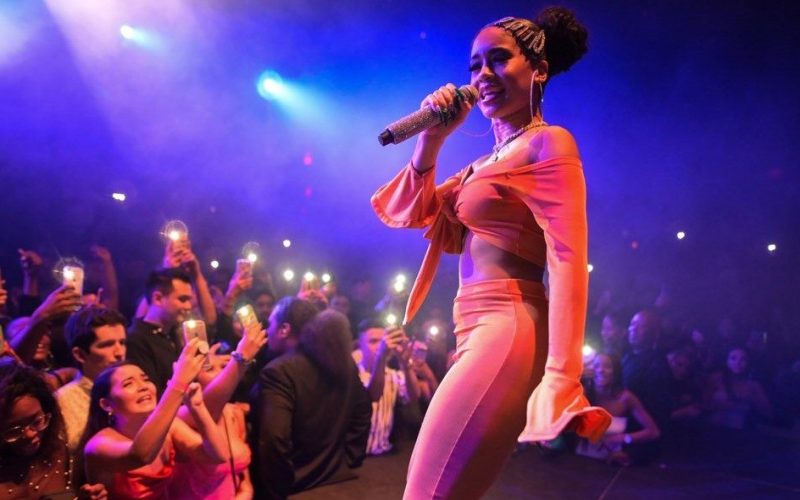 Early Sunday morning, rising music star Saweetie returned to Las Vegas for her latest performance as part of her nightlife residency at The Light nightclub at the Mandalay Bay Resort and Casino. The female rapper performed her hits, Icy Girl and My Type, for a jam-packed crowd. She was given numerous ovations during the performance.

Saweetie told the crowd that earlier during weekend, she was at the homecoming festivities for the University of Southern California. The singer has a bachelor’s degree in Communications from USC.

Saweetie’s song My Type recently reached one million sales in the United States. She will return to The Light on Halloween night where $10,000 will be awarded to the patrons with the best costumes. There will be three winners, in different categories, including Most Original Costume, Scariest Costume and Best Group Costume. You can find more information about the contest at The Light website by clicking here.

Photos for this piece are from Saweetie’s performance Sunday morning, October 20th at The Light nightclub in Las Vegas. Photo credits to The Light.

You can find more information about The Light clicking here.