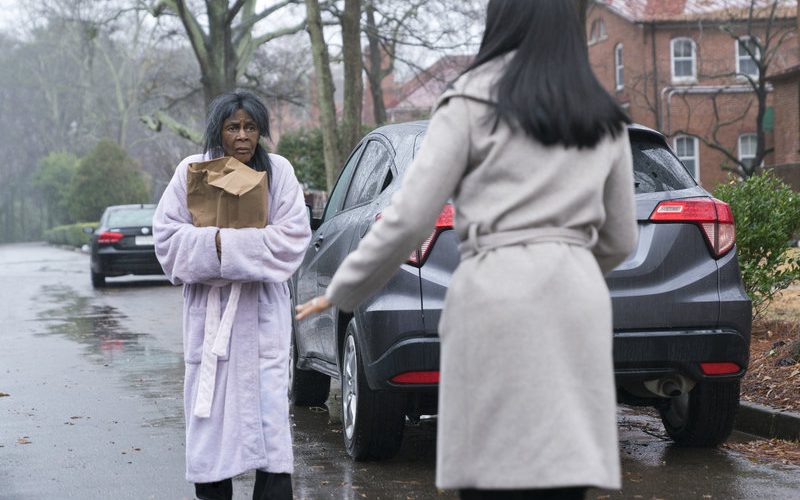 Above is a picture of actress Cicely Tyson, during the shooting of her last role in Tyler Perry’s 2020 film A Fall from Grace. Ms. Tyson died yesterday. She was 96 years old.

Ms. Tyson had a variety of memorable acting roles, including her turn as Jane Pittman in the TV movie The Autobiography of Miss Jane Pittman. She won two Emmy Awards for that project. She also received an Oscar nomination for Best Actress in a Lead Role for her part as Rebecca in the 1972 movie Sounder.

In 2013 on the Broadway stage, Ms. Tyson won the hearts of many for her role in A Trip to Bountiful. CYInterview was on hand to witness one of those performances. You can read that report by clicking here. In her late 80s at the time, she had as much energy on stage as her fellow castmates Cuba Gooding Jr, Vanessa Williams, and Condola Rashad, all of whom are many decades younger. Cicely Tyson won the Tony Award for Lead Actress in a Play for her performances in A Trip to Bountiful.

In 2016, she received the Presidential Medal of Freedom from President Obama. Ms. Tyson was a Hollywood legend. She was a pioneer and inspiration for many African Americans.

CYInterview extends its condolences to Ms. Tyson’s family and friends. She will no doubt be missed by many. May she long be remembered.