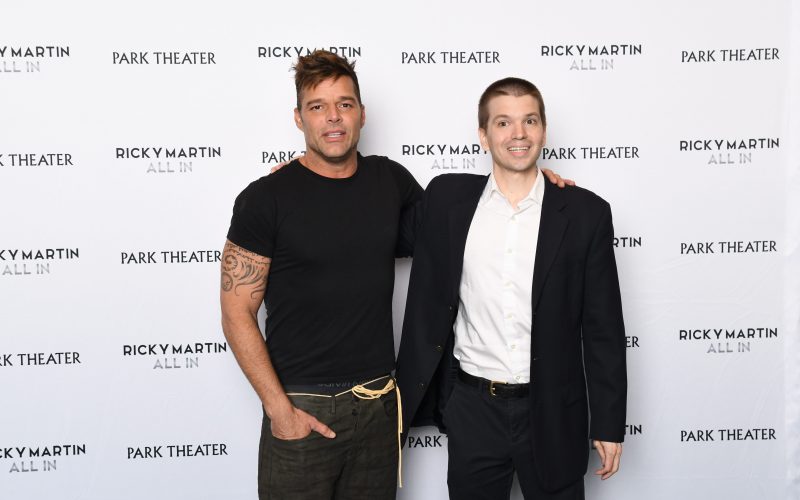 One of Music’s rising stars is Camila Cabello. Known for her hit songs Havana, Never Be The Same and Bad Things, among others, the 21 year old Cuban singer/songwriter opened the 2019 Grammy Awards with a thrilling performance of her worldwide hit Havana.

What is great about the Grammys is that music’s rising stars get to perform with some of music’s veteran stars, making for some interesting performances. During this performance, veteran music star Ricky Martin joined Camila on stage to sing some of Havana’s lyrics with her.

Back in June of last year, we met Ricky Martin here in Las Vegas before one of his concerts at the Park Theater. See our photo above. Park Theater is the current home of Lady Gaga, Bruno Mars and Cher’s Las Vegas residencies.

During Grammy Awards, we have seen Tina Turner with Beyonce, Elton John with Miley Cyrus, Lady Gaga and Metallica and Taylor Swift with Stevie Nicks, among others. We can now add 21 year old Camila Cabello and 47 year old Ricky Martin bringing together two different generations of music fans, for this great Latin music performance at the 2019 iteration of the awards show.