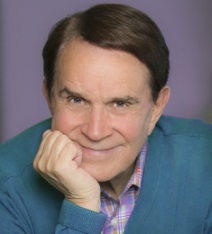 For an education in impersonations and comedy, you should start with the great Rich Little. His famous impersonations which include President Ronald Reagan, Johnny Carson, Jimmy Stewart and many others serve as a gold standard of sorts.

Today, you can experience all of those impersonations and more at Rich Little’s Las Vegas show at the Tropicana Hotel. The show takes places five nights a week and begins at 7:00 PM. Additionally, you can read about great stories of his impersonations and the famous people in his life in his new book Little by Little: People I’ve Known and Been.

Recently, show business legend Don Rickles passed away. Rich Little shares with us memories of the great actor and comedian:

“I think he was the funniest man I’ve ever seen in my life. I don’t think anybody could top Don. I can remember sitting on many Dean Martin roasts with tears streaming down my face I was laughing so hard. I mean he just had no mercy. … His mind was razor sharp and I’ve never seen anything like that in my life. Maybe Robin Williams would come close to him, but that would be about it.”

In his 20s, Rich got the show business experience of a lifetime getting to perform at the Dean Martin Roasts in front of numerous Hollywood legends. He tells us what he remembers from them:

“Being terrified really. Not only because it had a big viewing audience, but because I was getting up in front of the greats of Hollywood. You know, great movie stars and great comedians and for a guy in his 20s to do that took a lot of guts. And you had to settle yourself down and just concentrate on what you’re doing because it was overwhelming really. When you look to your right, you saw Jack Benny and George Burns and Jimmy Stewart. When you look to your left, you saw Orson Wells and Lucille Ball and Don Rickles and Dean Martin and Frank Sinatra. So it was quite a shocking, wonderful experience.”

Today, Rich Little has an ongoing show at the Tropicana Hotel in Las Vegas, where fans and tourists can hear all his legendary impersonations:

“I think the average age [of the show’s patrons] is deceased. But I had a fifteen year old in the show the other night, sitting right down in front and I was in intrigued because I thought, ‘He’s not gonna know anybody I’m doing.’ And he was laughing. I mean, during the whole show he was screaming, laughing. So I went up to him when the show was over and I said, ‘Gosh you seemed to enjoy the show. You’re 15 are you?’ And he said, ‘Yeah. I am’ I said, ‘Wow. I’m impressed.’ He said, ‘Well, you’re funny. But I am intrigued.’ And I said, ‘What are you intrigued about?’ He said, ‘Well, I just wondered why you kept changing your voice all the time.’”

You can purchase a copy of Rich Little’s Book Little by Little: People I’ve Known and Been Clicking here

Rich Little’s official website can be found by clicking here.

One Reply to “Rich Little Speaks and Mostly in His Own Voice: Impersonation King Talks about His New Book, Little by Little: People I’ve Known and Been, His Vegas Show at the Tropicana, Plus Impressions and More”