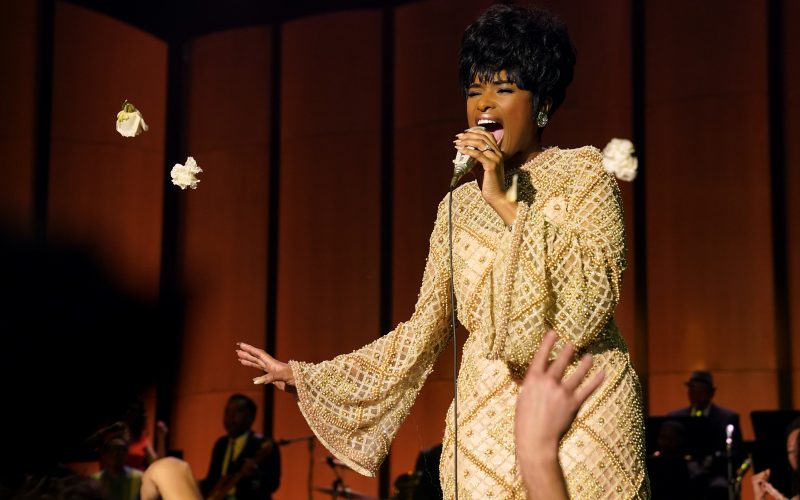 Are you ready to show some respect, to the Queen of Soul that is? Tomorrow, the Aretha Franklin biopic hits movie theaters nationwide. Respect stars Academy Award winner Jennifer Hudson as Ms. Franklin. She is also an executive producer on the picture.

August 16th will mark three years since the Queen of Soul died. According to a New York Times article published on Tuesday, titled Jennifer Hudson Knew Aretha Franklin. To Play Her, She Had to Learn More, Ms. Franklin told Ms. Hudson after her Oscar win for Dreamgirls – for Best Supporting Actress in 2007 – she should play her in a movie.

When we saw the Queen of Soul perform in 2014 on Miami Beach at the Fontainebleau at The Blacks’ Annual Gala, we witnessed musical greatness. Ms. Franklin had a way of making people feel excited just to be around her. Her voice, of course, was in a class by itself. And her piano skills were top shelf.
You can see our photograph with the Queen of Soul below.

For Aretha’s fans, this film is sure to be a must-see. Ms. Franklin will now be immortalized on the big screen. And that right there is the ultimate respect.