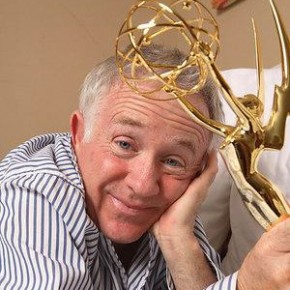 Yesterday, actor, comedian, author and past CYInterview guest Leslie Jordan died. He was 67. The cause of death was a car crash that occurred in Hollywood, California. Mr. Jordan was known for his roles on the TV shows Will & Grace and American Horror Story. He joined us on CYInterview in 2009 to talk about his, at the time, new memoir titled My Trip Down the Pink Carpet. This is what he said to us about the concept for his autobiography.

“It was an amazing journey. The original pitch was just supposed to be funny stories of being an openly gay actor from 1982. I stepped off a bus from the hills of Tennessee, downtown Hollywood. I had $1200 sewn into my underpants. I had a suitcase and I had dreams. And so it was, that’s all I had.

From 1982 to 2006, that’s what they wanted, just a journey of being a gay actor, but it turned into this amazing, sort of, inward journey. More finding that whether Hollywood changed or not, I changed within. I had a lot of internal homophobia I think. I also got sober during that time so it’s a lot of stories about, I was 42 years old when I got sober.”

What we remember from our CYInterview with Leslie Jordan was a man full of gratitude, who was living the life he wanted to as an actor. Our condolences go out to his family, friends, fans and colleagues. He will be missed.

You can listen to our entire 2009 CYInterview with Leslie Jordan here.

Listen to the entire Leslie Jordan CYInterview on YouTube: