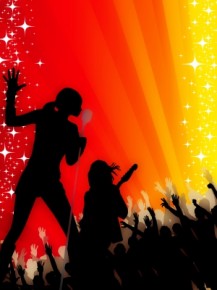 August 1st, 1981, a day that will live in the annals of music. It was 30 years ago today that MTV first aired. And how did the Music Television channel kick off? Why, with the Buggles Video Killed the Radio Star, of course.

From that day onward, popular music was put on a path of becoming as much a visual as an aural medium. Previously, unless you went to a concert, music was something you listened to. Sure, you might be looking at an album cover or reading liner notes, but your ears did most of the work. And yes, there were some TV shows, movies and videos dedicated to music, but their impact was nothing compared to MTV.

Except for the most diehard of fans, radio was the way we got to hear new music. We might have read about albums being worked on in the music press, yet it was on radio that we could hear it for ourselves. And then it all changed.

When MTV went live, it forever transformed the dynamic of popular music. Suddenly, image was as important as sound. Think of some of the biggest pop stars of the 80s. In large measure their music was image driven. Their videos sold their sound.

Michael Jackson’s Thriller stands as a perfect example of a video presentation every bit as important as the music it gave image to. Thriller was a mini-movie, which fans could not get enough of. Today, it is a classic.

Cyndi Lauper’s Girls Just Want to Have Fun, which featured her real mom as her mother, the late, professional wrestler “Captain” Lou Albano as her father (CYInterview here) and herself as the gal wanting to have fun, is another example of a now iconic video having helped propel a singer into the pop star stratosphere. And, lest we forget, Madonna and Prince also gained the benefit of people not merely listening to their music but seeing their videos.

Frankly, an entire generation of pop stars had their careers impelled forward, in great part, because of the existence of MTV.

MTV altered the way we relate to music. We began listening with our eyes, a trend continuing to this day. Just ask Lady Gaga.

Dire Straits once sang, in Money for Nothing, “I want my MTV.” Well, I want my MTV. But I want it back, like it used to be. Oh well. In any event, Happy Birthday MTV!!!