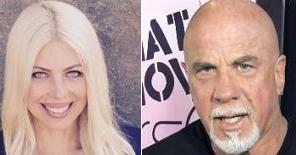 For many of us, the last few weeks have been a time of power eating. For some, this began with bingeing on Halloween candy. For others, Thanksgiving was the moment that the feeding frenzy kicked off in earnest. Oh, and watching football on the weekend while grazing on nachos, chips and pizza has probably not aided us in the battle of the bulge either.

With us on CYInterview, to share their perspectives on keeping our weight under control, are two extraordinary individuals. Thankfully, both of them have been with us on a variety of other occasions over the years. Individually, they have shared their insights and anecdotes from their respective areas of endeavor. Now, for the first time, we have paired them up – and what a dynamic duo they make!

Both of these good folks are insightful, wise and dynamic. This is a CYInterview you will want to listen to.

Back with us, we have Dr. Kristen Willeumier, a neuroscientist who, among other things, ran the weight loss program for former NFL players at the Amen Clinics in Newport Beach, California. Kristen is also a former model and equestrian. She is a very nice person, who makes nice interesting.

And, joining us again is a man with a wealth of knowledge when it comes to bodybuilding, a pursuit that by its very nature leads its practitioners to understand how they can control the gain and loss of fat and muscle. He is the host of the popular YouTube show, Ric’s Corner, none other, than Mr. Ric Drasin. Ric is a golden age bodybuilder who, among other things, is a former Mr. Venice Beach, former professional wrestler and all around good guy.

For some fascinating listening about weight loss and weight control, along with some other topics of interest, click on the link below to hear what these two remarkable individuals have to say.

Chris Yandek joins me for this roughly 45 minute CYInterview that you will absolutely not want to miss.

Listen to the entire Ric Drasin and Kristen Willeumier CYInterview:

Please remember to consult your physician prior to beginning any diet or exercise program!