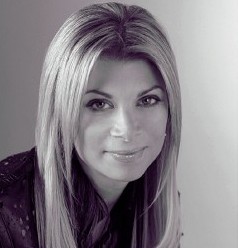 Earlier this week, an advertisement in a J. Crew catalog provoked a lot of discussion. The president and creative director of J. Crew, Jenna Lyons, was pictured in the ad with her five year old son, whose toenails had been painted pink. The picture in the catalogue caused talk about whether or not the ad was trying to put a positive spin on transgenderism.

CYInterview welcomes back psychotherapist Dr. Robi Ludwig to gain her perspective on the catalog placement. While she doesn’t go so far as recommend a mom paint her son’s toenails pink, Robi does believe this could be a moment when we realize certain things that seem shocking now might not appear as shocking in the future.

“My first thought was, isn’t it interesting how advertising and being artistic can stretch one’s imagination for what’s acceptable and what’s not acceptable. I did see it as definitely trying to be provocative and this ad is trying to push limits and get people to look and start a conversation. I don’t think it was a recommendation that mothers should paint their son’s toenails hot pink, but I did think it was very interesting, especially on the heels of so many stories about boys wanting to wear dresses and it definitely was a way to stir up a conversation…I do think that it’s trying to make a point that there are kind of gender, they’re things moving into the future that might appear shocking now, that might not appear so shocking moving into the future.”

In an article written by psychiatrist Keith Albow for Fox News (you can see here). Dr. Albow stated, “This is a dramatic example of the way that our culture is being encouraged to abandon all trappings of gender identity—homogenizing males and females when the outcome of such ‘psychological sterilization’ [my word choice] is not known.”

Dr. Ludwig didn’t agree with Dr. Albow’s perspective. She believes a person’s gender identity would not be affected by whether or not a five-year old boy, for example, has his toenails painted pink. She believes that is a ridiculous and surprisingly rigid perspective.

“I know Dr. Keith Ablow. I’ve worked with him and I like him as a person. I was a little struck by his take on this ad. I have to say, I was not in agreement with him at all that he thought it would cause just gender identity problems and questions. I think that’s ridiculous. A person’s gender identity and gender preference has nothing to do with pink nail polish. It just simply doesn’t. You’re not gonna convince a child who’s interested in sports and cars to wear pink nail polish. You’re not going to be converting anybody. I just thought that was such a for lack of better, just a rigid, surprisingly rigid perspective.”