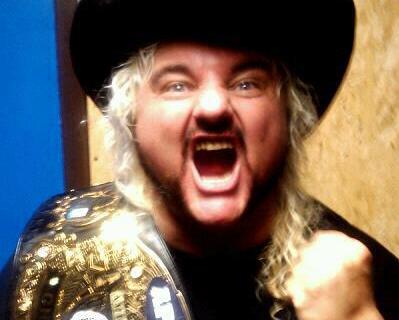 By now you know that we here at CYInterview have our crew of regulars – knowledgeable, well known individuals who we can count on to lend their expertise on a given topic. And we do like to span a wide range of subjects. In the coming days, we will catch up with some of the people who I worked with frequently, during my time covering professional wrestling. For the most part, that was when I was in High School. High School??? Time certainly has a way of flying, doesn’t it.

Today, we catch up with The Stro, formerly The Maestro of World Championship Wrestling. The Stro is actually celebrating a birthday this weekend. Happy Birthday big guy! The veteran professional wrestler, from North Carolina, continues his work on the independent wrestling scene, as well as teaching at his pro wrestling school and occasionally acting in movies. He used to appear weekly on my wrestling radio program back between 2002 and 2004.

You can read some of the highlights and listen to the entire CYInterview below:

Listen to the entire CYInterview with The Stro:

Birthdays can be a time for reflecting on your life. The Stro talks about what his professional wrestling career has meant to him:

“You know everyone has their lifelong passion to do something that’s a little extra special that they love and I’ve been really, you know blessed to be part of professional wrestling for all these years and still being blessed to this day with it. So you know what, keep the good times rolling.”

During his time in World Championship Wrestling, as The Maestro, he actually celebrated one of his birthdays at the WCW Nitro Grill in Las Vegas. Unfortunately, it is no longer there. Stro reflects on what that birthday meant to him:

Though he’s a wrestling insider, who has worked with the big stars from all the major companies, The Stro is not jaded and, in fact, continues to be as big a fan of the industry as anyone. He gives his thoughts on Mick Foley and Bob Backlund being inducted in the WWE Hall of Fame this year. He has worked with both of them:

“Tremendous, utmost respect for both. I’ve wrestled with both through the years and the contributions both gentleman have gave this business is second to none. I mean, Mick Foley has put his body on the line. … More than anybody I know in this business and his passion, his intelligence is incredible. And same goes for Mr. Bob Backlund. Not only you know pro wrestling ranks, amateur as well, tremendous wrestler, all around great guy. Both individuals, great human beings to be around and really they’re more than deserving of being hall of famers.”

You can keep up with everything The Stro is doing at his official website www.thestro.com

2 Replies to “Pro Wrestling’s The Stro: Formerly The Maestro of World Championship Wrestling, the Big Guy Talks About His Birthday, Wrestling and the Induction of Mick Foley and Bob Backlund into the WWE’s Hall of Fame Later this Year”