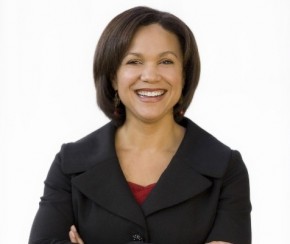 The past few days’ media cycle has been filled with compelling events. Owing to that, there has been intensified discussion about the Obama administration and the president’s potentially enhanced chances of being reelected.

Wanting to explore that in greater depth – and the issues surrounding it – CYInterview welcomes Melissa Harris-Perry, PhD a political science and African-American studies professor at Princeton University. Melissa is a regular MSNBC contributor and a writer for The Nation. For an enlightening understanding of what we discussed with Dr. Harris-Perry regarding politics, race, democracy and the media in America today, invest the time and listen to the entire 40 minute interview below. Featured columnist Jay Bildstein joins me in this powerful conversation.

Listen to the entire CYInterview with Melissa Harris-Perry:

Looking at the military operation leading to the death of Osama bin Laden, the White House Correspondents’ Dinner and President Obama releasing his long form birth certificate, the professor gave us this analysis of these things taken as a whole:

“I think what we see in all that are the continuing kind of just positions of this president the way that he evokes a lot of simultaneously anger and pride and how at every point he really is now navigating American race relations.”

In an insightful discussion about the state of the American media, featured columnist Jay Bildstein and Professor Harris-Perry discuss many topics, including the quality of information we receive via today’s media. In this conversation, the professor agrees that the media has some responsibility to help the American public be more informed.

Melissa also agrees there might be a lowest common denominator appeal in what is put before the American public yet asserts that is not the only thing people want. When it comes to lowbrow and raunchy content available on some nighttime television lineups, the professor uses the example of how there aren’t many family, evening shows for her young daughter to watch. As a family, they’ve started watching reruns of The Cosby Show.

“Would I like to see a more informed, more engaged American electorate and do I think that the American media has some responsibility to provide that? Absolutely. But on the other hand, I suppose I also am confident that Americans are able to do a reasonably good job of making decent decisions even with these tough kind of informational problems…I think that we appeal to the lowest common denominator, but that doesn’t necessarily mean that’s all that people want…

There aren’t very many family shows you can sit down on Tuesday night and everybody watched together. So recently we’ve started as a family watching The Cosby Show, these reruns from the 1980s of The Cosby Show and my kid loves it despite the kind of dated sweaters and all that sort of thing. She loves high quality, nonaggressive just funny family TV. I just thought to myself, why aren’t we at this moment producing some more kinds of shows? Why are things so raunchy and so inappropriate when clearly there’s a market?”

Looking at the current state of the African-American community, the professor gives a few examples of challenging circumstances. For example, she says there are higher reported unemployment numbers for black Americans than any other ethnic group, young black women are currently dying of HIV/AIDS more quickly than any other disease and black women and men are part of a tremendous criminal justice participation. With all those challenges and race still an issue in the United States, Melissa says there is no better time to be a black person in America.

“Yet there is still no moment in American History, no moment where there was a better time to be a black person living in America. Not slavery, not Jim Crow, not during the Civil Rights era, not even during the Cosby 80s, so in part because I always see that we are simultaneously moving forward even as we are dealing with these challenges whether it’s within in black communities or in a much broader sense sort of as a country, some of these are challenges that keep coming back and some of them are leadership questions.”

Jay posed a question to Melissa regarding elected officials cutting their salaries in order to lead by example in a time calling for shared sacrifice. Professor Harris-Perry offered, as an example, that if you’re in office and not for government run health insurance programs, then those political officials shouldn’t accept the health care provided for themselves and their families by the American public. She agrees in leading by example.

“If are you a Republican and you believe that government should not provide health insurance or if you’re a Democrat by the way and you believe the government should not provide health insurance, then how about you don’t accept the health insurance provided by the American taxpayer to you and your extended family as a result of being a member of Congress right? If you think that the government is too big, start with the very small thing of cutting your salary just as you suggested here. I agree that part of what we might reconsider as Americans as we’re thinking about the value of public service is to in fact ask government officials to be servants of the public, not simply those who benefit from the public. So I agree. I’m a big fan of leading by example.”

As some members of the media have offered editorials and commentaries asserting the birther movement is racially motivated, Professor Harris-Perry tells us that the first black president has opened the door for Americans to become exposed to other ethnic backgrounds, furthering discussions about race. This is something that can be uncomfortable yet provides greater familiarity about different kinds people at the same time.

“The fact to just to be able to just turn on any of your cable news shows or even the morning shows, people are talking about race regularly, look that’s new. That is something in many ways is provoked by both the good and the bad of having the first African American service president. I don’t think that any one political leader changes the structures of American racial inequality. Having a black mayor in Detroit doesn’t make Detroit a racially equal city. Having a black president doesn’t make America in terms of education outcomes, economic outcomes, it doesn’t make things racially equal. But it has certainly made race something that we are becoming increasingly familiar, although maybe not comfortable, certainly increasingly familiar with having these public conversations about.”

Finally, given that both major political parties have been in a battle about the Federal government’s budget and many Americans are not happy with the direction of politics in general, Dr. Harris-Perry’s offered that no matter our differences with people – politically or ethnically – democracy, in the United States, was meant to include the minority. Perhaps, the lesson we should be reflecting upon, as both parties keep kicking the can down the road on certain monumental issues, is that challenging times call for the nation’s leadership to come together to provide legislation benefitting all Americans.

“The responsibility of democracy is that we have to live with people and work with people and govern with people with whom we disagree. That will always be true. There’s never going to be a moment, there’s no American future where we’re all gonna march in lockstep ideologically and kind of the goal of democracy is that it protects political minorities, right. So when you win an election, it is not the same thing as staging a coup. Just because you win an election, even if you win say all the governor’s mansions, the White House, the Senate, the House of Representatives, you do not have a right to make policy that does not engage what the political minority wants. It is your responsibility always to be thinking about these multiple identities.”

You can keep up with everything on Melissa Harris-Perry at http://www.melissaharrisperry.com.

2 Replies to “Princeton’s Melissa Harris-Perry, PhD – frequent MSNBC Guest/Writer for The Nation on Obama, the African-American Community, Race, Politics, Media, the Future of America and More”