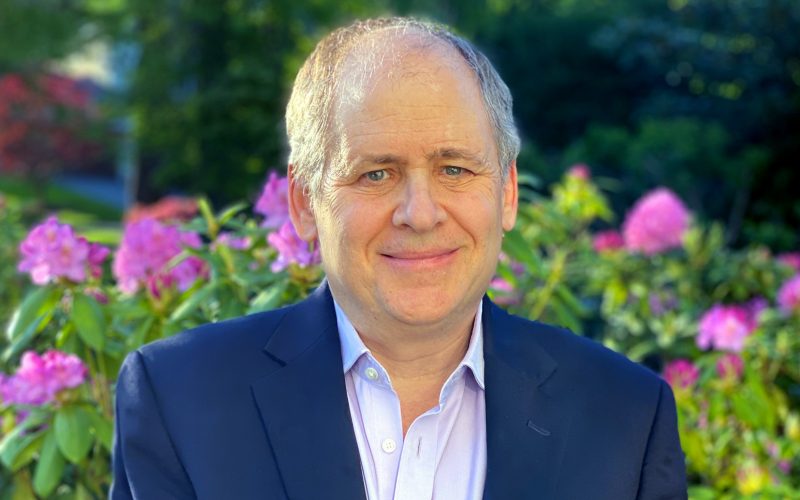 There are few journalists who have spent more time speaking with America’s Presidents than Jonathan Alter. From the Nixon Administration to today, he has interviewed the majority of the occupants of the White House over the last 50 years.

Be it author, documentary filmmaker or television news analyst, there is not one area of the political media world that Jonathan Alter has not been part of.

His latest project is a book covering the life of the 39th President of the United States, Jimmy Carter. In a long yet compellingly readable biography titled His Very Best: Jimmy Carter, a Life, Mr. Alter gives us a full view of who President Carter was and is.

The book is both informative and insightful. It chronicles a President who worked to serve principal rather than naked self-interest. It demonstrates how a past President can make a difference in the world once leaving office. Jimmy Carter, now 96 years old, is the oldest living President in the country’s history.

In writing His Very Best: Jimmy Carter, a Life, Jonathan Alter says his book will truly inform people about who the 39th President of the United States is:

“We tend to think of Jimmy Carter in shorthand, bad President, great former President. The truth is much more complicated and he actually was a very underrated American President. He doesn’t belong on Mount Rushmore, but he was, he got much more accomplished than people realize both domestically and with foreign policy. And though he was defeated by Ronald Reagan for reelection in a landslide, he was, I call him a political failure, but a substantive, far sighted and sometimes visionary success.”

During the last four years, President Carter has spoken candidly about his thoughts on President Trump’s time in the White House. In 2019, at a townhall at the Carter Center in Atlanta, Georgia, Mr. Carter said, “I think it will be a disaster to have four more years of Trump.” Jonathan revealed to us that the 39th President does not believe he has anything in common with the 45th President.

“You know, one point, I interviewed Carter more than 12 times and some of my late interviews were by email. At one point I asked him a couple years ago, I wrote him the question by email, ‘Do you have anything in common with Donald Trump?’ And he sent back a one-word answer, ‘No!’”

When thinking about fiscal responsibility and a less materialistic way of life, arguably no President represents that better than Jimmy Carter. He led the American people by example. The political analyst shared some examples of that modesty both in and out of the White House. He covered how when Carter was Commander in Chief, he lived his life, and what that was like:

“He doesn’t take any money for speaking engagements and he’s very cheap. When he got to the White House, he sold the Sequoia, the presidential yacht and if he hadn’t fallen in love with it, was about to sell Camp David. And he cut, you know, if you had a TV in your office, there’s a good chance that Carter and his cousin who did some of the management at the White House, they called him Cousin Cheap, would take the TV away because it was too expensive. So that was very much what, that modesty is what Carter was like. Not only did he have, you know, reject a lot of the limos, but he actually got out of his limo at the Capitol right after he was sworn in and walked all the way up Pennsylvania Avenue to the White House, it was a very dramatic moment after his Inauguration. And that then created a tradition every President has followed until now.”

In His Very Best: Jimmy Carter, a Life, the author shares former President Carter’s feelings on racial injustice in America. On what he thought of the tragic killing of George Floyd earlier this year, Mr. Alter shared this with us:

“As Carter himself said after George Floyd, after the killing of George Floyd, you know, he had learned over the course of his life that silence equals violence. And he learned it personally. So, the lesson we can all take from Jimmy Carter, it’s one of many lessons, is that, you know, it’s never too late to speak out against racial injustice.”

Featured columnist Jay Bildstein joins us for this CYInterview and discusses a variety of topics with Jonathan Alter concerning President Jimmy Carter’s life.

You can purchase a copy of His Very Best: Jimmy Carter, a Life by clicking here.