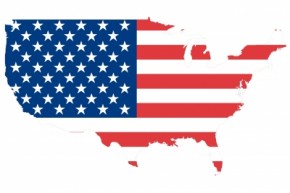 In the United States, do we suffer from politics-fatigue? Are we tired of political food fights? Have we had enough of politicians protecting their little piece of turf while the nation as a whole seems to be suffering? Do we want meaningful action mixed with can do messages? Or, do we prefer finger pointing and more of the blame game?

The United States is a nation of vast wealth. America, with all its pitfalls, is still a place where an individual can live their dreams, if they are willing to work consistently to make those dreams come true. The U.S.A. still has lots going for it.

Yet, I think many people feel the nation is going in the wrong direction. Some of this has to do with our lack of patience. Anytime there is an economic downturn, for example, it takes time to change course and get things going in the right direction again. But we want action and we want it yesterday. And when things don’t get fixed right away, we lose what little patience we have.

There is more to it than that, however. I get the feeling many people are losing faith in their elected officials. The desire is that our political leadership work together, for the good of the nation. Is that happening? I think folks, in general, would probably say no. That causes belief in those people to be lost.

America faces some tough challenges. Can those challenges be met? Sure, but it will take focus, courage and the will to sacrifice.

So many times, it is easier turning on reality television – which has little if anything to do with reality – and zone out. We get to watch the supposed real lives of other people while we mindlessly sit in a stupor, grabbing for the next fistful of chips. We get wrapped up in the lives of others while we ignore our own lives and the fate of the nation.

I once heard someone say we get the elected officials we deserve. If we spend more time focused on celebrity scandals and gossip than on the state of the nation, is it any wonder we end up feeling underserved? Maybe, the first step to getting things back on track is for all of us to pay more attention to what’s important.

Is entertainment news important? Heck, it sure is fun. But it’s like dessert. Remember what our moms told about dessert? “Eat your vegetables first.” Mother knows best.

If the political grind is wearing us down, we need to reenergize ourselves through knowledge and focus. Good things happen when people with good intentions start paying attention. And after we eat our vegetables, yes, we can have our dessert.