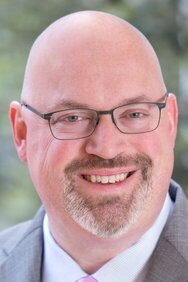 Today, elections for Governor in New Jersey and Virginia will be decided. We asked Cliston Brown for his thoughts and predictions on these elections.

Mr. Brown, in his inimitable and meticulous way, penned the following response, when we asked him about today’s elections:

“Today’s two governors’ races fall into two categories. One is easy to predict and the other is more difficult. The easier prediction is that Democratic governor Phil Murphy should win reelection easily in New Jersey. The Democratic Party is very strong in New Jersey and it would take an unusually charismatic Republican candidate to pull off a win. When Chris Christie pulled it off in 2009, he had sort of an Everyman quality about him, and then-Governor Phil Corzine’s constant jabs at Christie’s weight backfired by making Christie look more relatable to the average person. No such dynamics are in play in this year’s gubernatorial race, and I expect Governor Murphy to win easily, by margins at or approaching double digits. I characterize the New Jersey governor’s race as “Safe Democratic.” I also expect Democrats to easily retain both the Assembly and State Senate, where they currently hold large margins.

The more interesting race is the Virginia governor’s race. Although Virginia has been moving steadily in the Democratic direction for 20 years, it is still not the blue bastion that New Jersey is, and Republicans maintain pockets of real strength in rural Virginia. Polling has shown a dead-even race with Republican Glenn Youngkin closing in on former Democratic governor Terry McAuliffe, who is seeking a second, nonconsecutive term after first being elected in 2009. The oddity of McAuliffe making a comeback is due to the peculiarity of Virginia limiting its governors to a single term. The Old Dominion is now the only state in the country with such a limit.

I have taken the unusual approach of completely discounting polling in this race, because I have come to the conclusion that polling is no longer reliable. In fact, of the three states I miscalled in the 2020 presidential race, I missed two of them because I relied on polling rather than my own knowledge of the politics of those states. There have been so many polling misfires in the last few years that I think the better approach is to examine the fundamentals of each particular state, and the fact is that Virginia is a blue state that has been trending bluer for two decades. The cities and suburbs in Virginia, particularly in the DC region, are full of very highly educated residents, and this is one of the key fundamentals that points to Democrats doing well. The more advanced degrees a state has per capita, the likelier it is to vote Democratic. This is not a commentary on the relative intelligence of Democratic or Republican voting bases; it is simply a statistical reality.

It is not my position that the Republican Youngkin cannot win, but in order for him to pull out the upset, everything would have to go his way. A lot of Democrats would have to stay home, and educated suburbanites would have to switch back to the Republican side in fairly large numbers. Youngkin is in the position of needing voters who don’t normally vote Republican to vote for him, and that’s a tough sell. McAuliffe simply needs Democrats to turn out—which is not necessarily an easy task, but it doesn’t require him to convert voters who normally would not vote for a Democrat. So, looking at the fundamentals, I expect McAuliffe to outperform his polling and win by somewhere around 3 or 4 percent. I have characterized this race as “Likely Democratic” from the beginning, and I continue to characterize it as such on Election Day. I also expect Democrats to retain the House of Delegates, where they currently hold a 55-45 margin and have some room for slippage. The State Senate is not up for election this year.

I recognize that my approach, in which I completely ignore all polling, is unorthodox, but I simply do not consider polling to be reliable anymore, and political polarization has tended to reduce the number of surprises that happen in states which can be considered reliably Democratic or reliably Republican. There are currently only six states which have a governor from the state’s minority party, and in all of those cases, there were special circumstances that contributed to the minority party’s candidate winning the governorship. Without any special circumstances in play, I think it is unlikely that Virginia elects Glenn Youngkin governor today.”