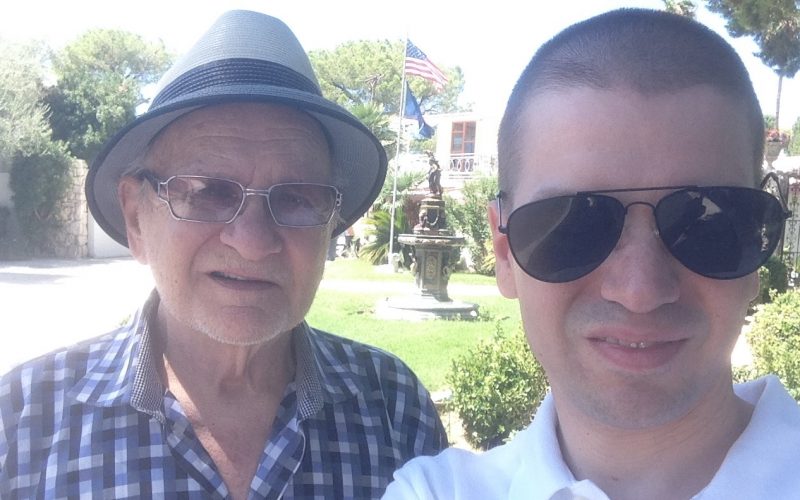 For those who are fans of Las Vegas history, a new podcast series featuring past CYInterview guest, author and former mobster Frank Cullotta [see here] may be of interest.

The Las Vegas Review Journal, in conjunction with the Mob Museum, is running a podcast series titled Mobbed Up: The Fight for Las Vegas. Each episode takes you through various pieces of organized crime’s history in the Entertainment Capital of the World.

Some of the episodes focus on individuals who inspired characters in the Martin Scorsese movie Casino. There are stories about Tony Spilotro, Frank Rosenthal and Frank Cullotta. Mr. Cullota provides commentary throughout the podcast series.

It has been almost a year since we CYInterviewed Frank Cullotta. He shared insight into the movie Casino, as well as his life as a mobster [see here]. We went on Mr. Cullotta’s tour here in Las Vegas. During the tour, he showed us some of the sights for the Scorsese film. See our photo with Frank above.

If you are mob or Las Vegas enthusiast, the series is worth listening to. You can find all the episodes that have been released so far by clicking here.