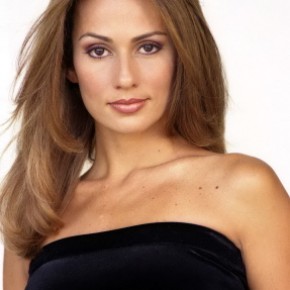 Patricia Kara has been on both sides of the entertainment industry. The 35-year-old Deal or No Deal model has interviewed celebrities for award shows, but she’s also worked with many stars in TV shows. On top of that, Kara has graced the pages of numerous magazines, been in numerous commercials, and shown she is more than just another attractive woman in Hollywood.

Listen to the Patricia Kara CYInterview:

Chris Yandek: You’ve been in major TV shows, commercials, and other projects, but how would you describe yourself to the general public?

CY: So what do you think is your key to success and expanding yourself past just being another pretty face?

PK: “I think what sets me apart is honestly just personality wise. I am very outgoing and I work really hard. I just make sure I have that combination in my work and my everyday life. You could just see that I am persistent, driven, kind. I think being well rounded and balanced.”

CY: What would you say is the thing you’re most famous for in the entertainment world?

CY: What has that experience been like working with Howie Mandel?

PK: “It’s amazing. I love working with Howie Mandel on that show. It’s been great in so many ways. The girls are really great. Howie is just constantly funny. He’s so quick witted, amazing person. A lot of people don’t realize how sincere and genuine of a person he is. I think people tend to focus on him being – he has OCD and think he’s a little crazy, but honestly he’s not. He’s a great man and a great person.”

CY: Did some research and found out many of the show’s models are attorneys, doctors, and are very intelligent. Is there a big misconception about you and the other models?

PK: “Oh yeah. Definitely. People think they go according to the physicality’s. They look at us and think it’s all T & A, but as you’ve said and you’ve done your research, I think all of us are so much more than that. A lot of really well educated ladies, intelligent, and smart, but they do happen to be beautiful.”

CY: In your spare time during tapings, could we see you and some of the other ladies talking politics, or social issues, and other things like that?

PK: “Oh we talk about everything from A to Z. I don’t think we leave anything unsaid. You’ll definitely hear a lot of intelligent conversation going on outside of what dress we’re wearing on the show and what jewelry goes along with it. It goes a little deeper than that sometimes.”

CY: They see you on this TV show and what should they know about you girls when you’re not on camera and when you’re sitting around and having these intelligent conversations? What kind of people are you?

PK: “All the girls go through the interview process, but all the girls are really smart, aside from just having those deep conversations and being able to talk to each one of us. A lot of them are very funny as well, great sense of humor, and very kind. We’re very kind to one another as well as other people. It’s really like a family being on our set. We all take care of each other. We all have each other’s backs. A lot of people don’t realize that. They think ok, yes, 26 women on the show, there has to be a lot of cattiness and there really isn’t. Like I said, we help each other out with other things. We’re there for each other in so many other ways.”

CY: You have had the opportunity to be on TV shows like Beverly Hills 90210, Mad TV, Las Vegas, Passions. Who has been the greatest person you’ve had a chance to work with on many of these TV shows?

PK: “That’s tough because I’ve worked with so many different people. It’s hard to select just one person. The great thing aside from getting to work on the TV shows, I get to interview a lot of people for red carpet events and other sorts of events and I if I had to pick one, one that really stands out is Tim McGraw. I really enjoyed interviewing him and meeting him because you see how genuine of a person he is. He’s all about his wife and children. A lot like Howie Mandel. It’s not just about the business and what they do. It’s about their families and when I see that, it just makes me feel good that there are people like that. It’s just not all about the craziness you hear in this business.”

CY: Finally, what is your ultimate goal for show business at this point and time?

PK: “It’s between being on a sitcom or hosting my own show or maybe even both.”

You can find more out about Patricia Kara at her official website: http://www.patriciakara.com