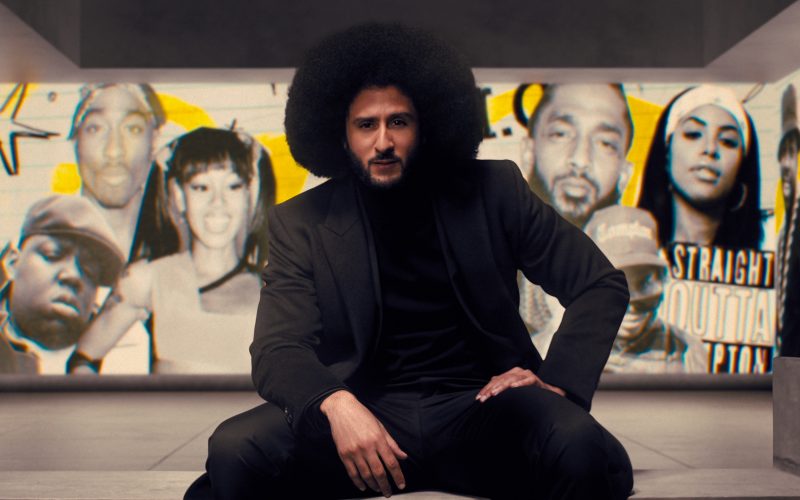 On this NFL Sunday, you might be watching any number of football games, being played across the country. However, you will not see quarterback Colin Kaepernick on the sidelines of any of the teams playing.

There are those who believe the football player’s comments on various social, cultural and political issues shortened Mr. Kaepernick’s NFL career. And, in fact, the quarterback did settle a collusion lawsuit with the NFL in 2019.

This week, Colin Kaepernick debuted in his own Netflix series. Though the former NFL quarterback believes he was blackballed by the league, this series gives him the opportunity to share his thoughts on his career, life, as well as his opinions on many topics. Netflix has given him a significant platform this week, a platform that most of us will never have. Mr. Kaepernick has not been silenced.

Professional sports have become a vehicle, allowing some to escape poverty and challenging upbringings, and in so doing, join the top one percent of Americans, in terms of income. It has made the athletes lives better, at least economically. It has created opportunities for them, that most people can only dream of. There may certainly be labor issues which deserve to be looked at when it comes to professional sports leagues, but the teams in these leagues are most emphatically not slave plantations. People choose to join professional sports teams of their own free will and, in so doing, get paid many times more than the average American worker, for their time. Nobody is forcing anyone to be a highly compensated professional athlete.

People will not see eye to eye on everything, however, we should attempt to hear people out and see if we can learn anything from their points of view. This is how we can build more positive outcomes for people from all walks of life. For that reason, everyone should consider watching Colin Kaepernick’s Colin in Black & White. A key to improving society is striving to understand where others are coming from, even if we disagree with their viewpoints.

I certainly do not agree with a variety of things Mr. Kaepernick has to say. But I defend his right to express his opinions and I believe his opinions are worth listening to, whether we ultimately agree with them or not. As Americans, it is high time we embraced the ethic of reaching out to and listening to other people who we may not agree with. We can disagree without being disagreeable. With any luck, we might just make new friendships, come to understand different points of view and improve society.