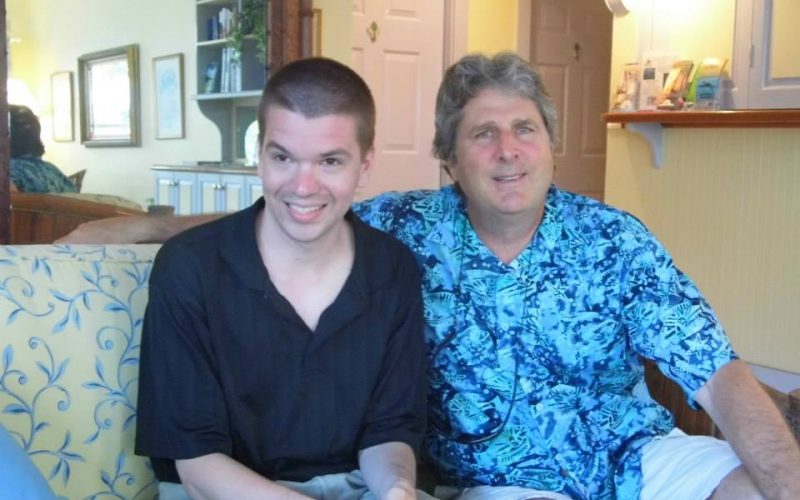 Today, we revisit our third CYInterview with college football coach Mike Leach. A couple of weeks before the 2012 college football season, we spoke with Mike about his then new job as head coach of the Washington State Cougars. He was just beginning his first season.

Coach Leach reflected on living in Pullman, Washington, his time away from coaching before taking the job at the Pac 12 school and giving his friend, Oscar winning actor Matthew McConaughey, a pirate sword as a wedding present.

Matthew’s wife, Camila Alves McConaughey, reflected on the wedding gift in a 2013 CYInterview with us [see here].

You can read the highlights and listen to the third CYInterview with Mike Leach in its entirety below:

Less than two weeks away from the start of college football season, one of the most anticipated stories is the return of Coach Mike Leach. The 2008 College Football Coach of the Year is now at the helm of the Washington State Cougars. This season marks a return to the game by Coach Leach, who has not steered a team from the sidelines in two years.

Coach Leach gives us a preview of the 2012 Washington State football team, as well as discussing many other topics in our latest CYInterview. You may recall we visited Coach down in Key West last month [see here].

When it comes to his time so far in Pullman, Washington, where Washington State University is based, Mike tells us what he’s seen so far on campus and discusses the recruiting challenges he faces as the head coach of the Cougars.

“There’s a great energy here. I think our conference has a great energy, but the campus does too because I think part of it is it’s got a unique identity since we’re a true college town where everything here is centered around the college and you know where students, professors, football coaches, whatever the case may be, we’re side by side with the students everywhere and so I think that kind of ignites the excitement in things…

I think the biggest single challenge [in recruiting] is the fact that there’s a lot of people that haven’t been to Pullman. I think, like, if you say major cities like Seattle, Los Angles, even Salt Lake or the Bay area you know, they have a visual. They know what it’s like. Where Pullman, a lot of people haven’t been here and so they don’t have that initial visual of exactly what it’s like. Now when they get here they love it and they feel the same thing that I do and I did when I took the job. But you know and the thing is it’s safe, it’s a place where you can focus on being a student, focus on studying, that type of thing and you know in our case football as football players. I think that the biggest thing though is a lot of people just haven’t just passed through here on their course to other places.”

Coach Leach does believe the Washington State offense will surprise some teams this year. He gives us a preview of the 2012 team:

“Our first level guys are pretty good. We’ve got a good layer of receivers. Our quarterbacks are really good and good to the point where when I got the job, a lot of, most of the transfers in the country reached out to us to talk about transferring here, but we weren’t interested in a transfer because we like the guys we had on campus. We’ve had a lot of freshman make contributions. There will be some true freshman that start for us. There’s kind of been a maturity to our group here.

The new guys as far as, they did a good job being here over the summer working hard, came in pretty prepared for camp. And then, but we’ve had some young guys that were, I guess, more polished than young guys are a lot of times and that I think are gonna play for us. Then we’ve had some others on our roster emerge. So we’re a team that’s kind of emerging. We’re trying to identify that as quickly as we can so that you know we can figure out a way to utilize and get those talents on the field as they surface.”

In the new paperback edition of Leach’s NY Times Bestseller Swing Your Sword, Mike talks about how being away from coaching for two years has helped him expand his thinking about the game:

“I think a lot of what happens is that you get rid of some of the clutter. I mean as you look back and think about the stuff, what I found is you get some of the clutter out of your mind. I mean there’s, sometimes you get too many approaches to things. So what I think it really did is kind of streamline not our plays as much, partially, but streamline some of our plays, but in particular practice, points of emphasis, just kind of how you approach things, the teaching process, that type of deal.

Then also when I was out between broadcasting and visiting other teams and things like that rather than the narrow specific view you know does this guy have his hands up in the right place, did I like his first step? Kind of a broader view of and again in a lot of cases you know as I visited other places, it didn’t necessarily give me something that I adopted from them, sometimes, but in an awful lot of cases it reinforced you know what my thoughts were and what we’re doing and then from there reinforcing you know a lot of plays, emphasis on some things that were really illustrated to be important.”

Since he’s been out of the coaching game for two years, there have been a lot of teams changing conferences and, now, college football playoffs will start in a few years. Leach gives his thoughts on the conference realignments and the playoffs:

“I think for the most part the realignment’s good. In our case it’s great. I mean it’s solidified and strengthened the Pac 12, but there’s teams out there that would disagree that their fortunes had changed for the negative. You know in some conferences you wonder how long they’re gonna stick together and what they’re future holds. But the one thing about college football is you know there’s gonna be change. There’s always change and then the playoff thing I like a lot. I think that you know five years ago nobody thought we’d be even talking about playoffs much less have a limited version of one. I think that if it works out it will be expanded which I think it will work out. I think it should be expanded and I suspect it will.

You know and obviously I want a big playoff format. You know I’d be pleased if it was 64 teams, but I think if you get at least 16 it helps mitigate the politics and any flaws in the selection of the teams. I mean, maybe the 16th team should’ve been selected 5th or something like that, but they’re still in it and so if they make their way through the gauntlet then they deserve to be national champion and I suspect that it will, I don’t know how much it will expand, but I think it will expand beyond four teams.”

Back in June, one of Coach Leach’s friends, actor Matthew McConaughey, told Jay Leno on The Tonight Show that Mike had given him and his wife Camila a sword as a wedding gift. Mike says the sword is for both of them and explains why he gave such a unique gift:

“Well it’s both of their sword and his wife Camila is a beautiful woman. If she needs to keep Matthew in check she can certainly grab that sword and chase him around the house as needed. But it’s a really cool pirate sword and you know when it came to the wedding it’s like, I talked to one of his assistant’s who’s a good friend of mine Mark. And I asked Mark I said, ‘Well, you know what do you get a guy that’s got nearly everything or can get anything?’ He says, ‘Well, most people probably won’t bring anything.’ But he said, ‘If you do, just bring him something he’ll remember you know, remember you and the event by.’ And so my wife found a really cool pirate sword on the Internet and when we left he hadn’t opened anything.

So I was fairly surprised that he mentioned it on Jay Leno because what happened is I was traveling and all of sudden I got a bunch of tweets from the East Coast that said they just talked about the sword and what not on Jay Leno and so then my wife recorded it. So I was able to see the interview and as usual he did a great job. I mean the thing about Matthew, Matthew’s all in on anything he does you know. And if you ask Matthew a question he’ll answer it. And you know colorful guy, great, why I enjoy him is he’s got a great perspective on just life and anything in general you know. When you talk to him you’ll get an interesting perspective and learn a thing or two.”