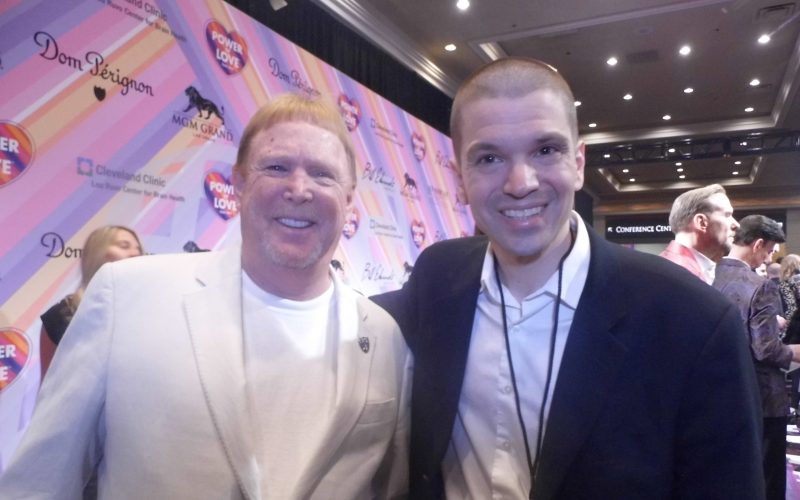 Over the last year, Raiders owner Mark Davis has been popping up all around Las Vegas. With the NFL team slated to play its first game in 2020 in the Entertainment Capital of the World, he has been making appearances on behalf of the team at a variety of events. The Las Vegas Raiders will no doubt bring a new excitement to the city.

The son of legendary NFL owner Al Davis, Mark Davis, made an appearance at the Power of Love Gala at the MGM Grand Garden Arena this past Saturday evening. See our photo with him above. The event that raised money for the Cleveland Clinic Lou Ruvo Center for Brain Health featured stars including Lionel Richie and Shania Twain among numerous others.

Speaking about the Raiders transition from Oakland to Las Vegas, Mark Davis told us this:

“It’s been tough. It’s been a two handed thing. You know, been respecting the people up there and not kind of jumping up and down and being overly exuberant about coming down here, but at the same time, our staff, we have a big staff down here that’s working and doing a great job.”

To hear what the Raiders owner thinks about getting out in the Las Vegas community and what he loves about the city so far, you can listen to our entire CYInterview with him from the purple carpet at the Power of Gala below:

You can find out more about the Cleveland Clinic Lou Ruvo Center for Brain Health by heading over to www.keepmemoryalive.org