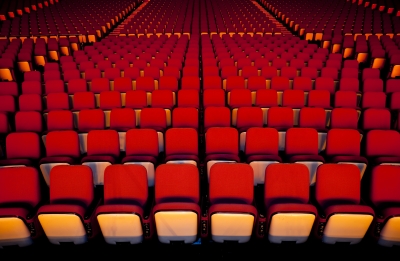 Growing up as a child in America is often considered a wonderful thing. With the challenges many other countries face around the world, many babies are born into poverty. For them, there is no clean water, nutritious food, electricity and reasonable shelter. Based on this, we might believe that being born in the United States is like winning a lottery of sorts.

However, not every child in America has a positive experience growing up. According to various reports, there are millions of children growing up in poverty in this country. They do not have enough to eat every day and they live in ramshackle housing. To many of us, these children are invisible.

This past Sunday evening, Moonlight won Best Picture at the Academy Awards. The film is not glamorous in any way. A couple of days ago, it was released for purchase on DVD and patrons can also rent the movie at their local Redbox kiosk. Many Americans will be watching this film for the very first time this week and, certainly, in the coming weeks.

For the main character in Moonlight, Chiron, whose trajectory in the film is followed from childhood to adulthood, his father is not in the picture and his mother, Paula, is not a stable parent. Paula is played by actress Naomie Harris. She received a Best Supporting Actress Academy Award nomination for her role. Paula is a mom and a drug addict who brings home questionable men. She is certainly not a parental role model in Chiron’s life.

After Chiron meets Juan, a drug dealer, played by Mahershala Ali – who won the Oscar for Best Supporting Actor for this role – in a random encounter, Juan becomes the most stable figure in his life. Mr. Ali might be best known for playing the character of Remy Danton in the Netflix series House of Cards.

Obviously, a drug dealer does not make for an appropriate role model for any child, yet in the case of Chiron, Juan is the person who cares about him the most. This strongly impacts Chiron’s understanding of the difference between right and wrong.

Chiron then meets Juan’s girlfriend, Teresa, who becomes a mother figure to him. Teresa gives him a place to stay when his mom does not want him at home or when things at home become too crazy. Teresa becomes the person who gives Chiron what might be seen as the closest thing to unconditional love that he experiences. She is played by singer/actress Janelle Monae.

Moonlight presents a world that many in America unfortunately live in, where money is limited, crime is just around the corner, addiction resides at home, parents are dysfunctional and positive encouragement and role models are not usually in sight. Breaking the cycle of being in jail and running with the wrong crowd is a challenge.

In the film, Chiron grows up and unfortunately becomes a drug dealer himself. With a different upbringing, that would have been less likely to happen. Simply put, Chiron never got the family unit he deserves – the family unit that any child deserves.

In the case of Teresa, what we learn from the film is that sometimes complete strangers act more like family than those we are biologically related to. Though they may not necessarily be able to steer at risk youth in the right direction, it reminds us there are caring people in the world, who give of their time and money to those who do not have any family they can count on.

Though Chiron’s mother goes to a drug rehab facility and apologizes for the hurt she put her son through and they make as much amends as possible, she asks her son during that scene how Teresa is doing. Sometimes the mother figure in a child’s life is not the mother at all. That is the case for Chiron where another woman did some of the things his mother should have been doing all along. Some people have to go outside their home to find the loving family environment they always wanted.