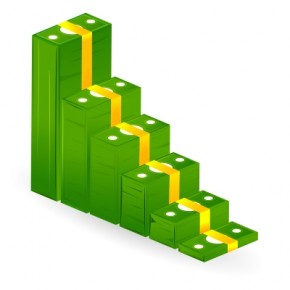 Let’s say you are looking to build wealth. You realize, that today, people are living longer than ever before. At the very least, you know you will need money to sustain yourself in retirement. You do not plan on retiring? Great! However, you will probably have greater needs in older age than when you are younger.

Of course, there are compelling reasons to build wealth, beyond the need for money when you are older. What about sending your children to a good school? What about buying a home, or building enough wealth so that at some point your money works for you, instead of you just working for your money?

With all this said, one particular question comes to mind “How do I build wealth?”

Wealth is built by saving and investing. Sure, the more you work, the more money you have to potentially save and invest. However, if you waste the money you make, you are never going to maximize your wealth.

We have greater control over our financial future than we might think. This is particularly true when it comes to spending money. For example, we often have the choice of buying something new or buying it used.

Amazingly, some things in virtually new condition sell for considerably less than when they were actually new, simply because they are pre-owned. If we are willing to shop carefully, we might find great buys on things that will help us save our hard earned money. Then we will have more of it to put into investments, helping us build our wealth.