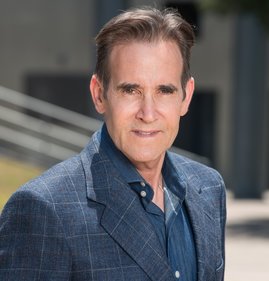 Recently, there has been an increase in hate crimes targeting Jewish people in America. The latest in this epidemic of despicable acts have taken place predominately in the New York City metropolitan area. Lamentably, they have been given short shrift. To speak about this compelling topic, we welcome back to CYInterview, attorney, author and professor Stanley A. Goldman. Mr. Goldman’s mother was a Holocaust survivor.

Last year, we had Professor Goldman on CYInterview to talk about the book he wrote about his mother’s experiences in Europe, under the Nazis, titled Left to the Mercy of a Rude Stream: The Bargain That Broke Adolf Hitler and Saved My Mother.

In this CYInterview, joined by featured columnist Jay Bildstein, Professor Goldman and Mr. Bildstein discuss the recent rise in hate crimes against Jewish people in America. They look at how the Jewish people are often overlooked as a minority group, how the media has not focused on this topic and much more. Like Mr. Goldman, Mr. Bildstein’s family was also tragically impacted by the Nazis during World War II.

Listen to the entire Stanley A. Goldman CYInterview:

You can learn find more information and purchase a copy of Professor and Attorney Stanley A. Goldman’s Book Left to the Mercy of a Rude Stream: The Bargain That Broke Adolf Hitler and Saved My Mother clicking here.