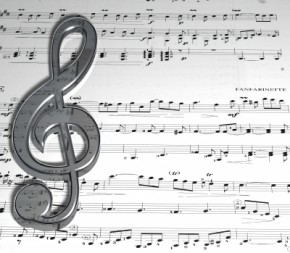 The other evening I had an interesting experience. I began listening to some music I had not heard in a while, songs from when I was in high school.

Something happened while I was listening to the music. I was transported back in time. I travelled to a period of great optimism and anticipation, a time when I was looking forward to all the world had to offer.

To be clear, I still look forward to what the world has to offer. I believe optimism is fundamental for success in life and business. That said, for me as for so many people, high school was a special time. The music took me back to that special time and it made me feel good.

I have, on occasion, used music to motivate people in the workplace. Some years ago, I was doing some consulting for a particular company. One day, I saw that most of those assembled for our morning meeting lacked energy. They lacked motivation. On the spur of the moment, I decided that we would sing a song together.

Getting a group of business people to sing at 8:30 in the morning was a bit of a task the first time I did it. Even if they didn’t articulate it, the group resisted singing with enthusiasm. But something changed by the time the singing was over. The mood changed. People were energized. From that day on, every time we had a meeting, we sang a song. Every time we sang together, we became more energized and more enthusiastic. Everyone actually looked forward to singing the morning song.

Too often, in the world of business, we become dismissive of basic tools and tactics – like singing or listening to an inspiring piece of music – which can help us to be more productive, because they might seem unconventional.

Friends, the best convention in the workplace – assuming it is moral, legal and ethical – is doing what works. And if that means singing to get the blood flowing and to get energized, I say why not. We are people, not robots. Infusing ourselves with positive emotions helps us to work better.

Music that makes us reflect.