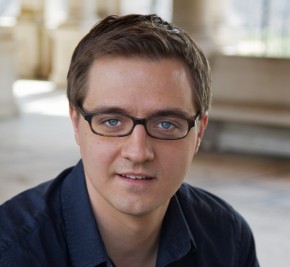 As one of cable television’s rising stars, Chris Hayes has been presenting his perspective on the state of America. Mr. Hayes hosts MSNBC’s weekend program, Up with Chris Hayes and is the editor-at-large for The Nation. In his first book titled Twilight of the Elites: America After Meritocracy, he claims a growing distrust by Americans with the various institutions that impact their lives, economically, politically and socially.

You can read the highlights below, as well as listen to the entire CYInterview of this compelling conversation about America’s state, with Chris Hayes:

One of the messages in Mr. Hayes’s book is that, in America, we reward bad behavior. One of the examples he uses in highlighting this bad behavior, is how certain Major League Baseball players got bigger contracts while using performance enhancing drugs; players like Jose Canesco, over athletes who were playing the game clean.

“One of the themes of what’s in the book I refer to as the failed decade, which is the last 10 years of this sort of, this cascade of institutional failures where you see everything from you know the army core of engineers to Major League Baseball to Wall Street banks to Congress to the media you know imploding in waves of scandal and corruption and incompetence and it’s left people feeling a lot of distrust towards the traditional sources of authority, the institutional pillars in our society and a lot of anger and betrayal.

When it comes to people like Bernard Madoff – who will be spending the rest of his life in jail after committing one of history’s biggest Ponzi schemes – Hayes believes that his is a rare example of what goes around comes goes around, after having indulged in bad behavior. He makes the case of others who seem to have gotten away scot-free:

“I think those are the exceptions by far…In some ways baseball has had more accountability than the financial system. I mean you know, how many bankers have had to face genuine criminal sanctions for what we know was essentially systemic fraud that ran through the system, very few, you can count them on one hand. Angelo Mozilo who ran Countrywide, which was the biggest purveyor of toxic loans wrote in emails to his own subordinates that we’re basically selling people toxic products.

He said of one kind of mortgage that they were selling that there could be nothing more toxic. Well he cashed in his stock options and made off before the whole thing crashed and has not had to face any criminal sanctions. So I think that the people who do face accountability are far, far rarer than those who have been able to escape accountability.” 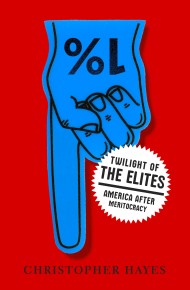 When it comes to the future of America’s economy, Mr. Hayes believes healthcare will be America’s biggest long term challenge going forward:

“We have a long term problem in this country with the growth of healthcare spending, both private and public sector. The way it shows up on the U.S. government balance sheet is through Medicare and if nothing changes, yes, we will be in a lot of fiscal trouble, but we’ll be in much broader trouble than just the government unable to pay its bills. We’ll be in trouble because we will essentially be paying 80 cents of every dollar generally in the economy to deal with health care. So health care costs care has to change and there’s a whole long story I can go into about what I think the best way to do that is, but fundamentally I don’t think it’s about the promises we’ve made in terms of our social contract. I think it’s about the way that we pay for and deliver health care.”

The MSNBC host agreed that the media has not been doing their job when it comes to holding people in power accountable:

“I agree in terms of accountability. I think that there’s been crucial moments when the press failed to live up to that. Obviously there was an insufficient skepticism about the housing bubble. There’s been an insufficient accountability for people that talk about that. People forget Ben Bernanke was saying as late as 2007 that there’s no housing bubble and the problems of subprime are gonna be contained and he hasn’t had to pay a price for it.

I mean the guy, it’s not like his reputation is in tatters. He was reappointed by a Democratic president to head the Fed chair board. So yes, I mean, I think that it is important for the press to hold people accountable and to hold beliefs accountable and just accountable for their job for the basic contours of competence and I think that there’s a lot of instances in which the press has failed to do that.”

Back in May, Mr. Hayes faced some controversy over a conversation on his MSNBC show in which he said he felt uncomfortable calling deceased American service-people heroes. Chris explains why he apologized:

“I wouldn’t have apologized if I didn’t mean it and I apologized specifically in response to people sending me genuinely anguished emails in which, look, I’m very lucky to have a platform I have and I believe that you need to both be responsible with the platform you have and not shy away from difficult topics and you know in the next weekend we talked about the topic again and not shy away from the possibility of offense or controversy because there’s no point in having a press if it’s cowed by the possibility of offense and controversy, but at the same time to take care, to be careful, to be cognizant of the power that you wield and you’ve been invested with and I think on a sensitive topic I failed to live up to my own standards of care and empathy and that’s why I apologized…

It’s the nature of speaking unscripted for four hours more or less every week as I do particularly speaking unscripted for four hours every week sometimes about topics that are very sensitive or very charged or very loaded…At a certain level you’re going to make mistakes. You’re gonna say things in ways that you’re gonna have thoughts that are not fully formed that in their not fully formedness provoke anger or upset in people and you know that is, part of that comes with the territory and you know and you just have to be better, you have to be careful and yet not be cowed. I think that’s what we aim for on the show…I think talking about difficult topics is still what we’re charged to do and what we’re still gonna keep doing.”