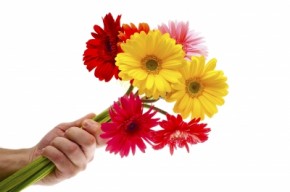 This Mother’s Day, we take time to remember all our moms have done for us. Frankly, we should remember our mothers all year long. Mothers are the unsung heroes of society. Let’s say it together – Thanks Mom!!!

Okay, now for a little bit of mother trivia. Below is a list of some names and phrases containing the word mother, mom or something similar. I’m sure you can add to the list. Post some that come to mind if you like.

Mother May I – a kids’ game

Mother of Mercy – a synonym for the Virgin Mary

Mother Theresa – a nun, world famous for working with the poor in India

Mother Trucker – a nicer way of saying something not so nice

Mothers of Invention – a band most famous for backing Frank Zappa

Mother of all Battles – what Saddam Hussein called the 1990/91 Gulf War, waged successfully by U.S. and coalition forces.

Mother lode – a name for a principal gold deposit

Tough Mutha – someone who is resilient, particularly under difficult circumstances

Mamma Mia – an Italian phrase, used for emphasis like Oh Mamma! A song by ABBA. A movie and show based on the music of ABBA.

Madonna – a reference to the Virgin Mary. The most famous female pop star in the world.