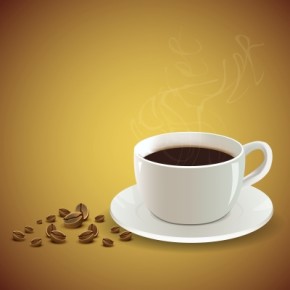 You go running through an airport to make your plane. It’s delayed. You have to wait an hour before boarding. Or, you need to start your day with a caffeinated kick in the pants. And, there are those times during the day when you just want to sit back in a cozy environment and sip on a tasty coffee concoction.

What might you drink? A standard cup-a-joe would be nice. You could have it black, or with cream or milk, or with sugar, or with cream and sugar. Then again, you might choose between an espresso, cappuccino, latte or green tea. There are lots of choices in today’s coffee places. Back in the 80s, most establishments offering coffee offered, well, coffee.

There are cookies, scones, muffins and sandwiches – which often have strange names making me question if they really are sandwiches – for the eating. And though I’ve listed a bunch of beverages typically found in these coffee places, I have left one out.

It is a beverage with varied names. Sometimes it’s called a frappe. Whatever. It’s usually a blend of milk, or soy milk, with coffee, some kind of syrup like chocolate or caramel, sometimes sprinkles or pieces of cookies, some crushed ice, whipped cream and God knows what else.

Welcome to the world of the 21st century coffeehouse, a place where as an “adult” you come to have an adult beverage and often end up having a milkshake. That’s right. Milkshake I says! Yes, they don’t contain ice cream, at least where I’ve been. But take milk, ice, whipped cream and a bunch of sweet stuff and you have a milkshake.

Purists might not agree with my labeling. And when I want a milkshake, I go to an ice cream place. Yet, I have on occasion availed myself of the fatty goodness that is a CAB-FGV, that’s a Coffee Affiliated Beverage of the Fatty Goodness Variety. Please, try and keep up.

What is the big deal about these blubber inducing beverages or – I’ll stop after this last one – BIBs? They can be tasty, yes. But what they also do is help us con ourselves about our diet. As an adult, if I went and had three milkshakes a week at an ice cream place, I would feel I was doing something wrong.

At least on a subconscious level, a small voice would cry, “Keep eating and drinking that way and you’ll give yourself a heart attack jackass!” And so, many of us, in our rationalizing splendor avail ourselves of a CAB-FGV and say to ourselves, “I’m fine; it was just coffee.” Yeah, just coffee. Sure. Keep telling yourself that.