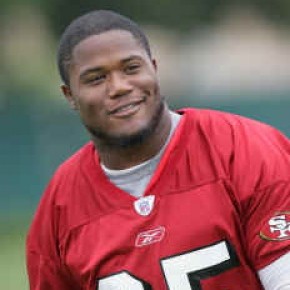 After leading Penn State to an 11-1 season in 2005, Michael Robinson is heading to the NFL for his first season. The 2005 Big Ten Offensive Player of the Year will be making the transition to other positions on offense and special teams for the San Francisco 49ers. Michael reflects back on his time with Penn State and talks about his time thus far and future with the NFL team that drafted him.

Listen to the Michael Robinson CYInterview:

Michael Robinson: “I am doing all right. Tired. We just finished our morning practice. I am just learning and trying to help the team wherever I can.”

CY: What was it like for you to lead Penn State to an 11-1 season and an Orange Bowl victory this past season as the starting quarterback?

MR: “It was great for many reasons. First and foremost for Joe and to restore his legacy. People were really doubting him and his ability to coach. They were saying he was too old. Things like that. Coach Paterno did a good job of staying with us and using the talent we had to make us great. We had a great defense. The best insurance for an offense is a great defense. It wasn’t just me. That whole senior class, guys didn’t allow themselves to think we were going to lose.”

CY: Where were you when you got the call that you were going to be drafted by the San Francisco 49ers 100th overall?

MR: “I was in the Hampton Inn at State College. I was a little upset because I didn’t go on the first day. I got a couple calls from the Pittsburgh Steelers and St. Louis. Some of those guys on the first day were saying that if things went their way that I was going to go in the third. I didn’t get the calls. I was a little disappointed. San Francisco called me like three or four times that morning. I didn’t hear my phone ring. They finally got me and told me that they were going to get me pretty early that morning.”

CY: How have the 49ers training camps been for you thus far?

MR: “It’s been great. All of the guys have been great. It’s a good feeling of optimism around here. Guys want to win. We just gotta keep working at it. It’s not going to happen overnight. We are working hard. Hopefully things will go our way this season.”

CY: What will the transition be like going from college quarterback to NFL running back, and is there any chance you could be at the wide receiver position or on special teams?

MR: “I am definitely going to contribute on special teams. Norv Turner does a great job of creating mismatches. I can be mismatched on a linebacker or some things like that. We are shifting me out and moving me a lot of places. I gotta get the offense down first. We are just going to keep learning every day and do great things.”

CY: What are your thoughts on playing for San Francisco 49ers head coach Mike Nolan?

MR: “I like Coach Nolan. He is very laid back. He understands that to win you must start from the bottom up. From the maintenance people at the facility all the way up to the owner. Everybody has to be on the same page and optimistic for us to get a winning tradition.”

CY: What is the most important thing you can learn as a rookie in your first season in the NFL?

MR: “Study. Continue to study. I approach everything like a quarterback. I never want to be surprised on Sundays. I go over every possible situation that could be. I still study like a quarterback. I think that is greatly going to help me as a running back or whatever they need me to do to help this team.”

CY: From what you have seen at training camp so far on offense and defense how many games do you think this team can win this year?

MR: “I think it’s skies the limit, honestly. Obviously we are going to be the underdog a lot and teams are going to overlook us. We had a great rookie class. We have veteran guys that are still here. We built that core for the last two or three years. We just gotta keep being optimistic and work hard every day.”

CY: What is your favorite Joe Paterno story?

“I have a hundred of them. Probably one of my favorite Joe Paterno stories is one time last preseason, it was a curl flat route. He wanted me to throw the flat and they were sitting in a cover two. I threw the curl, but the curl guy ran out. It looked like I just threw it to nobody. He was about 60 yards away and he ran down, ‘What are you doing? Throw the flat. Throw the flat. Why didn’t you throw the flat?’ I said, ‘Coach they were in cover two.’ He said, ‘No they weren’t. No they weren’t. Tom Bradley, what defense were you guys in?’ Coach we were in cover two. He said, ‘Well, complete it next time.’ It was just real funny. He tries to jump on you, but a lot of times he just does that to test you to see where you are at mentally.”

CY: Your college coach says he is going to coach ten more years. Do you think he can coach till 90?

CY: What was going through your mind and how did you feel when you were temporarily paralyzed in 2004 during the game at Wisconsin?

MR: “A couple of things. It made me really appreciate life. It made appreciate this opportunity that I have gotten to play football. It also made me think man I gotta get a job. I gotta go to job fairs and stuff. It has always been my dream to play in the National Football League since I was a little kid before I even knew what the National Football League was really about. It was my dream to do that. For the hour to hour and a half I was paralyzed it really defined my life. Made me appreciate the reps I get in practice and the chances I get to play this great game of football.”

CY: Did it ever go through your mind through that one hour to 90 minutes that it might be it?

MR: “Yeah. Yeah it really did. All I wanted to say was that the last time I stepped on the field that I gave 125 percent. I felt I did that.”

CY: The average NFL career is three to four years. You earned your advertising and public relations degree in three years at Penn State. How important was that for you to have a degree and know you left Penn State taking full advantage of the educational and athletic opportunities that were offered to you?

MR: “I think it was very important. Especially since going to a great institution like Penn State. Getting a diploma from Penn State is very big in the business world and the job field. It was very important for me. Even if I play ten to twelve years in the NFL I am still going to be a fairly young man. It is life after football. I think they told us that seventy percent of all NFL players after they leave the game are broke within a year. I don’t want to be that type of guy. I want to be able to invest my money well and do broadcast journalism or some type of pr thing and continue to grow.”

CY: Finally, what’s the one thing you want to accomplish while in the NFL?