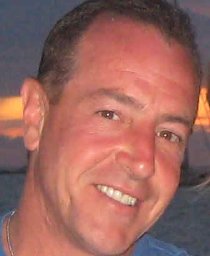 The father of Lindsay Lohan is back to share the latest on his life, as well as the latest on his troubled daughter who is currently in rehab at the Betty Ford Center. Michael Lohan says the message he’s been trying to send to the public is that Lindsay needed help and there wouldn’t be any future in movies or anything else if she can’t get past her drug addiction. Michael is currently working with www.recoveryhub.org. It’s a rehab website that helps assist and find the right treatment to help overcome addictions.

Listen to the entire CYInterview with Michael Lohan:

“Everything I’ve been saying about her problems, her addictions and everything else, you know everything I said was true and thank God she got the help she needs and I’m just very thankful that I’m in the position I’m in today that I am to help other people.”

Michael says he is with Lindsay all the time and that her rehab progress at the Betty Ford Center has put her back in a great place. He believes the backlash he received from his daughter was because of her addictions. Michael has confidence in his daughter, but he knows it’s all about the people, places and things she will surround herself with after rehab that will ultimately decide whether she will stay away from drugs in the future.

“It’s better late than never. She’s in a great place…She’s fighting the fight. She’s been great and I have a lot of faith and confidence in her, but it’s going to be a test when she gets out. I hope she listens to me and follows my guidance, but you know it’s all gonna be on her and the people around her…I’m with her all the time and in communication all the time…She was acting out. That was not my daughter speaking out against me. That was the addict speaking out against me…It’s all about people, places and things. Let’s see. She’s changed all that for now and let’s see if she continues on that path…There’s been a lot of signs that she’s made a lot of great changes in her life and I keep praying that it stays this way.”

“Personally, I think it would be a great springboard. It would give her structure. She’d be working out every day around very clean and sober people. Disney and ABC are great companies. I think she – you never hear anything negative about the people on Dancing with the Stars and I think she would fit right into that program and it would show that she’s back to her best and Lindsay can dance, dance, dance. Trust me.”

Mr. Lohan says that he has all caught up when it comes to paying child support to his ex-wife Dina. She claimed in recent media reports that Michael has a child with another woman and he had been paying her child support, but he hasn’t been paying for two of Lindsay’s siblings. Michael claims he has been trying to get the woman in question, Kristi Kaufmann, to take a paternity test three times. He claims she has refused to do.

“That’s not true. I’m all paid up for child support. Dina is, I hate to say this, but Dina’s got issues that she disagrees with, with me. She thinks that I have a child with another woman. I’ve asked that woman Kristi Kaufmann to take three paternity tests. The court in Montana asked me to come out for a hearing. I was not allowed to be at that. I couldn’t get to that hearing because I was on parole so they found me in default judgment. So that’s a big issue for her and there’s other things that she’s stuck on and she’s gotta get by that. You know what, someone’s not guilty until they’re proven guilty. I’ve been trying to get this woman to take this paternity test for the longest time and she won’t do it. So what does that say to you if someone’s not gonna take the test there’s a reason they’re not taking it.”

“Let’s review that real quickly. First of all, she told the NY Post it was $30,000. Then she told TMZ it was $3000. So there’s a zero that’s being misappropriated in this equation. It was $3000. It was paid. I spent a lot more than that over the course of this month on Lindsay alone. I do everything I can for my kids, but I’m not gonna be put in a corner and said, pay this, pay this extra amount or do this when you’re doing it just for the money. That’s not gonna happen. I’d be more than happy to pay anything for my children and I do. I give my kids anything they want, but you’re not going to use them as pawns because that’s what caused this strife in Lindsay’s life to begin with.”

Since Michael has spent money on Lindsay over the last month, I wondered if he was helping her with her rehab bills? He says he offered to pay for the full treatment, but it was already taken care of.

“Actually it was all taken care of. I had arranged to make all the payments for Lindsay, but she didn’t need it.”

In recent months, many people have come around to believing that Michael was the one person in Lindsay’s life that wanted to save his daughter’s life and had her best interests at heart. Mr. Lohan wonders what took so long for people to see he had only positive interests for his daughter. He says he is not about lying.

“Why now? Why now in recent months have people been saying I did the right thing? What? Because I was proven right all along I was getting slammed? …Why, because now that I’m right they’re on my side? Now because they see it with their own eyes. Let me tell you something, I’m not about lying. I can’t stand liars. The bible tells me not to stand liars. You represent the truth, which is God or Satan, which is a liar. It didn’t have to take all this for people to say oh, he was right all along. He’s a good guy. I did everything in my life to support my kids, to sacrifice whatever I had to for my children and I’ll continue to do so and what people think doesn’t matter to me.”

Finally, back in October Michael said he would no longer talk to the press about his daughter or any personal details surrounding that. Michael says he is allowed to still talk to the media, but some things are off limits. He states his daughter is okay with doing interviews.

Michael Lohan is working with http://www.recoveryhub.org.

One Reply to “Michael Lohan: Speaks to CYInterview Days Before Lindsay’s Latest Troubles”