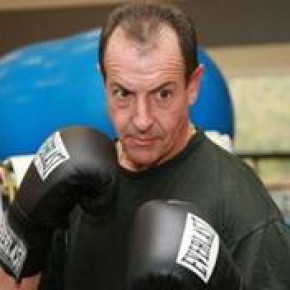 The father of Lindsay Lohan says Rachel Uchitel – who has stated that she is not Tiger Woods’s mistress – needs to take things for what they’re worth, not back down and be herself. Michael Lohan tells us that he’d be happy to give Ms. Uchitel advice based on his experience. Father Lohan has been in the media spotlight because of daughter Lindsay, as well as his own doings.

On another note, Michael sets the record straight about allegations he tweeted on his Twitter account saying he was going to jump off the Brooklyn Bridge. Daddy Lohan says someone created a Twitter account in his name, without his authorization. And no, he is not planning to take a dive.

Michael tells us he only has a Facebook page for close friends and is not a member of any other social networking community.

Listen to the Michael Lohan CYInterview:

Chris Yandek: As someone whose been thrown in the public eye because of your daughter, what do you say to Rachel Uchtiel who has now been thrown into the public eye because of having ties to Tiger Woods? Some think that she might be the mistress. We don’t know that for a fact, but now they’re going to dig up all of her laundry and all the other stuff. What advice would you give to her?

Michael Lohan: “Just take people and things that are said for what they’re worth. Don’t back down. Just stand by the truth. Listen, what’s concealed is revealed. Only she knows and Tiger knows what the truth really is and she should stand by it. To many times people hide things and sooner or later it comes out and they’re made to look like liars. But then again, if people are being honest themselves from the very beginning and they stand by it then everything will be vindicated.”

CY: If Rachel Uchtiel came to you and said, “Michael, I know all the stuff that you’ve been through. The media has just hammered you for just years with false allegations and everything else. And she said, “I’d like you to help me on a professional level with some management possibilities.” Would you be interested in something like that?

ML: “I don’t know if I’d be interested. At one point when I was involved with Michael Heller who I believed in then I might have been interested if she ever did want to talk about the situation or want me to give her some advice on how I handle things then I’d be happy to. Most people don’t agree with the way I handle things. My philosophy is I know the truth and God knows the truth and that’s all that matters.”

CY: What’s the best advice you can give to her from learning from your experiences and the things that you’ve gone through? What could you say to her?

ML: “Just be yourself. Don’t let people or the things people say affect you. Just don’t change. If anything, we should all change for the better. Don’t let it get to the point where you’re gonna stand on the Brooklyn Bridge and jump off. That’s a joke.”

ML: “Well, you know they said someone on Twitter who was impersonating me said I was going to kill myself and jump off the Brooklyn Bridge.”

ML: “I don’t have My Space. I don’t have a Twitter. I do have a Facebook, but it’s private and it’s only meant for communication with my friends from high school and college. Just a very close social network.”