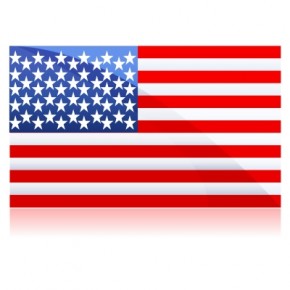 Memorial Day, July 4th and Labor Day. In the United States, Memorial Day kicks off the beginning of the summer season. Summer officially begins about three weeks later. Labor Day marks the end of summer, though the season finishes a few weeks later. July 4th is the ultimate summer holiday. It falls during the summer, when the weather tends to be particularly hot.

I suspect that out of these three summer holidays, the one we are most likely to remember why we are celebrating in the first place is July 4th. It is, of course, Independence Day. Then again, ironic as it may sound in the midst of the information age, I wonder how many people might ask, “Independence from what?”

We will review the answer to that question closer to July 4th itself. Just advance notice, however, it is not independence from vegetarian cuisine, cooking in the kitchen or cold weather, though based on how the day typically goes, I can imagine those as some of the answers.

As to the matter at hand, I wonder how many of us remember what Memorial Day memorializes. I have a sneaking suspicion too many of us may not know, may never have known, or might simply have forgotten.

Memorial Day is a holiday set aside to remember and honor American military personnel who died while in service. It comes up on the last Monday in May and is a federal holiday.

Some people might find it hard to believe there are individuals who do not know what the day stands for. I think many people in the United States have lost sight of the sacrifices that have been made over time by men and women in the military. If we are detached from those sacrifices, we are not likely to remember when we are supposed to be honoring them.

Sure, the military mission that brought down Osama bin Laden drew lots of attention. But as the story fades in the media, we go back to the habit of being less cognizant of what folks in the military put on the line for the nation.

During the year, there is ample time for us to debate the wars the United States should or shouldn’t have participated in or be in. We have all year to discuss whether we should have a smaller military or not. Those tend to be politically oriented conversations.

Memorial Day, on the other hand, is a day giving us a distinct opportunity to remember and give thanks to those individuals who, out of a desire to help society, gave their lives on behalf of the rest of us. That is worth remember and honoring.

On Memorial Day, many of us will enjoy a day off, attend a barbecue, go shopping, go to the beach or just relax. Hopefully, we will remember the nature of the day as well.