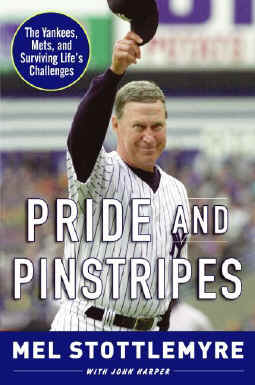 1964 saw a rookie for the New York Yankees on the mound facing Bob Gibson of the St. Louis Cardinals in the World Series. Though Mel Stottlemyre never won a World Series as a starting pitcher, he did get a few rings as a pitching coach for both the New York Mets and New York Yankees. His five decades in baseball are profiled in his new book Pride And Pinstripes where he gives you his honest perspective about the people he worked with in the New York baseball market.

Listen to the Mel Stottlemyre CYInterview: