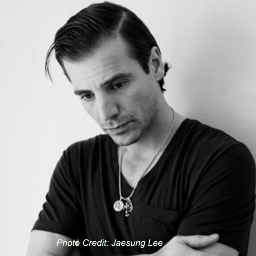 Mel Raido is continuing to make strides in Hollywood. The actor stars alongside Billy Bob Thorton, Kim Basinger, Mickey Rourke, Winona Ryder, and his deceased co-star Brad Renfro in The Informers out in theaters on April 24th.

Chris Yandek: Tell me some things about you for the general public who might not be familiar with your acting work?

Mel Raido: “I am from London. I’ve been acting for about ten years. The actors that I like are Robert Duvall, Benicio Del Toro, Sean Penn. I am a big fan of good American films. I like good writing. I became an actor because you get to use your imagination, and get to live, play different parts and different characters. It’s a wonderful thing, you know?”

CY: What’s your role in this film?

MR: “I played a character Bryan Metro whose pretty f***ed up in a sense that he has an inability to feel anything at this point in his life. He has a drinking and alcohol problem and drug addiction. He likes to sleep with underage girls and boys and he’s quite a violent character as well. He’s not doing the work he really wants to do. He wants to be making good music like he used to make with his band, but they split up because the bases jumped off a building and his wife went nuts. She tried to kill herself. That’s basically the energy he brings to a lot of people that surround him, you know?”

CY: This is the last role of Brad Renfro’s career since he passed away last year. What are your memories of working with him?

MR: “I got to hang with Brad for a couple of weeks while we were making the film and he’s a really…really sweet man. I just remember he was a really sweet soul. He was really into his music. I remember him playing me some of the songs he’d written and he was very passionate. I got to hear him sing a few times as well. I hanged out with him and got to listen to him speak. He was kind of a real gentle soul, kind memories of him.”

CY: What should they remember about him?

MR: “He was a very sweet and gentle soul who was very passionate about his music is what I remember. They should just remember the stuff they love about him.”

CY: There are some who believe big things are ahead for you. What can people expect from your career going forward?

CY: Finally, who are some of the people you’d like to work with going forward?

MR: “Robert Duvall is at the top of my list. I remember watching the film he directed called The Apostle and I just thought this is a guy at the top of his game in terms of acting and also directing and in terms of making a film. That’s kind of somewhere I would like to be. Benicio Del Toro and Sean Penn are really at the top of their game. Someone like Sean Penn can direct films such as Into The Wild and Indian Runner and still be putting out performances like his last one. They’re American you know? I am British.”