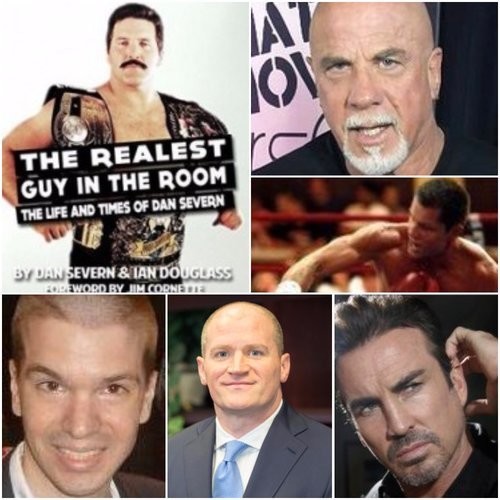 Panem et circenses Latin for bread and circuses, a concept old as Rome, older I suspect. The notion being that the general public can be mollified through entertainment; think junk food and some kind of spectacle. As an example, this happens for millions of us on weekends in the Fall, when we watch football, while feasting on cheese laden nachos and pizzas or burgers and beer or cookies, cakes, puddings and pies or all of the aforementioned. This while immobilized in perfect passivity on our couches and reclining chairs.

I am no stranger to such gluttony and spectacle. I have participated in both. I still do on occasion, though I partake in less of those questionable distractions/void fillers with each passing year. I grow evermore ambivalent about their value, particularly in our current social setting, which finds us often unable to discern appearance from reality.

That said, I still like a good circus and if that circus takes place in a squared circle so be it. And we certainly have a circus coming up on August 26th when 40 year old, previously retired, undefeated, boxing multi-champion Floyd Mayweather Jr. – the elusive man of the mighty shoulder roll – steps into the ring against 29 year old UFC champion, mixed martial arts phenom, not-a-boxer, Conor McGregor.

The two principals of this matchup have given us a circus already. However, it is not the variety I enjoy. They went on a trash talking tour – performed at a new low level – which seems to speak to the general social entropy we currently find ourselves mired in.

Yes, 2017 is an annus horribilis. It is a year when technological innovations continue at a breakneck pace while courtesy, dignity, self-respect and the ability to trash talk with wit – think the late, great Muhammad Ali – seem headed to history’s ash heap. Perhaps I overstate just a bit, yet I do not believe the manner of promotion for Mayweather/McGregor will prove to be positive for boxing, at least not in the long run.

Anyway, enough with all the sociocultural lamenting and philosophical handwringing. After all, the point of bread and circuses is to provide us with an escape from the quotidian.

To gain insight into what we are about to see and who will win, we assembled a group of individuals who are no strangers to mano a mano combat. In fact, I believe, fairly, we could call them The League of Extraordinary Fight Commentators. They are:

Dan Severn – UFC Hall of famer and Superfight Champion, NWA (National Wrestling Alliance) World Champion, amateur wrestling All-American. Dan has one of the most impressive grappling resumes on earth, spanning MMA, amateur wrestling and professional wrestling. His book, The Realest Guy in the Room, sports a title that says it all. [Photo Above: Top Left]

Gary Stretch – Former British Super Welterweight titleholder. Super welterweight/light middleweight boxer who fought for the WBO middleweight championship in London. Did some modeling then transitioned to acting. Now, a producer/director/writer. Has done a documentary on Ronda Rousey titled, Through My Father’s Eyes. Helped train Rousey in striking in the beginning of her MMA career. Truly a man of many talents. [Photo Above: Bottom Right]

Ric Drasin – Former professional wrestler, professional wrestling teacher and golden age bodybuilder. Was one of Arnold Schwarzenegger’s training partners at the original Gold’s Gym in Venice, California. He has also acted and currently hosts Ric’s Corner on YouTube. Ric has keen insights on training and the art of promotion. [Photo Above: Top Right]

Bobby Rooney – Former professional boxer, current boxing trainer. Bobby was born into the boxing game. His father, Bob Rooney, was also a professional boxer and boxing trainer, who helped Chuck Wepner prepare for his fight with Ali. Bobby is a consummate student of the boxing game, someone who brings ring experience and deep knowledge to any boxing discussion. [Photo Above: Middle Right]

Scott McGimpsey – Has amateur boxing experience, a past filled with athletic endeavors and currently enjoys his passion for one on one competition by playing tennis at a high level. Scott is particularly knowledgeable when it comes combat sports. He is a fan’s fan, not just talking the talk but having walked the walk. [Photo Above: Lower Middle]

Chris Yandek – CYInterview’s editor in chief. Chris has interviewed Art Davie, Dana White, Chuck Liddell, Randy Couture, George Foreman, Evander Holyfield, Lenox Lewis, Don King, Steve Austin, Freddie Blassie and the list goes on and on. His interviews, spanning more than a decade and a half include a who’s who of professional wrestlers, mixed martial artists and boxers. [Photo Above: Bottom Left]

Listen to the entire CYInterview panel below:

One Reply to “Mayweather/McGregor: The League of Extraordinary Fight Commentators Weighs In”