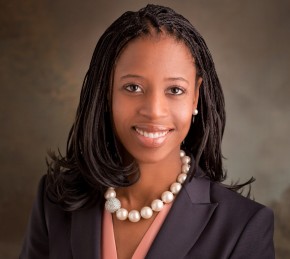 As Mayor of Saratoga Springs, Utah, Mia Love is receiving national attention this election cycle. As one of the GOP’s rising stars, Ms. Love is running to unseat six term, incumbent Democratic Congressman Jim Matheson. The mayor will be facing the Congressman in Utah’s newly created fourth district. Promoting self-reliance and fiscal conservatism, the congressional hopeful says she is hoping to bring those principles to Washington. Though she has stated she is not interested in making history or achieving firsts, this daughter of Haitian Immigrants would be the first African American, Republican female in Congress if she wins election.

Featured columnist Jay Bildstein joins me for this CYInterview. You can read the highlights or listen to the entire conversation below:

In focusing on what she hopes to bring to Congress if elected, the Mayor offers the following:

“What we’re going to focus on is fiscal discipline, limited government personal responsibility. We’re going to see what we can do to try and get our fiscal house in order…I am a Mayor and I believe that the best solutions are found at the most local level and you know we don’t have, in Saratoga Springs, we’re bipartisan. We don’t have Rs and Ds stamped on our foreheads yet we’re able to make decisions and we’re able to take our city from the brink of bankruptcy to being financially stable, to having the highest bond rating available.

We don’t have the option of kicking the can down the road. When we have problems we have to find solutions to those problems and make something happen and there’s no reason why Washington can’t be that way…The greatest thing I’ve been able to do is step out of the way and allow people to make decisions for themselves. That’s how we’ve been able to right the ship. “

The Republican nominee for Congress has stated her concerns about the rising debt and how it will impact future generations. She believes Washington needs to live within its means and make cuts to prevent potential fiscal Armageddon:

“I do believe that we’ve got debt increases without any way of cutting spending on the other end. If we are going to, this is one message I want to make sure we get out there, it’s important for us to get this out there, if we’re going to provide everything for everyone from cradle to grave, there will never be enough money. We are facing a potential fiscal Armageddon at the end of the year. We are so close to being Europe that we’ve got to do something. We’ve got a narrow window. I do believe that we can, but we’ve gotta tighten our belts. Here in Utah we are tightening up our belts. We’re doing everything we can to live within our means and we believe that Washington should do the same thing.”

Ms. Love believes there are other ways for Americans to solve problems instead of looking to the federal government to provide all possible solutions:

“Do I believe we have an obligation to care for our neighbors? I do. If we can end our fellow Americans suffering and we have the means to do that do I believe that we should as human beings? Absolutely. But the day that we decide that we need federal government to force us to do that, I believe that’s a day we’ve decided to decline as a society. We have missed all these steps in the middle when we’re trying to solve a problem, we go straight to federal government to try and solve the problem for us instead seeing what steps we can do.”

Commenting on Jay Bildstein’s three part plan – which he has been introducing to a variety of political figures – that members of Congress, the president and vice president take a 50 percent pay cut and give up their rich after office benefits, accept a lifetime ban on lobbying and that members of Congress be subject to term limits, all in order to create a culture of leadership, Ms. Love states she has no problem taking a pay cut, while offering a two sided perspective on term limits:

“Well on behalf of the people of my district, the pay means nothing to me. My husband provides a great living for all of us and you know I’m obviously not doing this because I need a job. You know I have to tell you, this is going to be a sacrifice for myself and my family and I’m only doing this because I realize that the situation that my children are facing and my potential grandchildren will be facing in this country.

There are arguments on both sides when it comes to term limits and one is you know, the more, the higher, the longer you stay there the more seniority we have, which that to me I feel that it’s broken because what it does is it has people stay in office for way too long and that’s when they become effective and I think that’s absolutely out of control. However, the other argument is if we want to keep somebody in office, we should vote. We should have the ability to vote to keep them in office.

Though Ms. Love would make history as the first African American, Republican female ever elected to Congress, making history is not a priority for her. I asked the Mayor if she believed her political accomplishments in Utah provided a good example of a post racial America, a society where people are judged on their work and what they have to offer, rather than race. Ms. Love offered the following:

“What I’ve accomplished in Utah has nothing to do with my race or my gender. What we’ve been able to accomplish all has to do with policies and working together and making sure that we’re fiscally responsible. Again, when we had a 3.5 million dollar shortfall, we had to make sure that we cut spending and we cut a lot. I mean we cut 67 percent at the highest levels, 30 percent at the lowest levels and we made sure that our property tax paid for nothing but public safety. Everything else had to be sustainable. That had nothing to do with race.

I was elected 60 percent of the vote after that and Utah doesn’t focus on those things. Utah focuses on the person’s ability to get a job done and you know those are the things that we’re going to accomplish. I’ve said in the past that I’m not interested in making history as the first black, Republican female in the House, I’m interested in making history as being part of a group of service men and women that have made our country sustainable and it’s gotten us back on firm financial setting.”

Presumptive Republican presidential nominee Mitt Romney is likely to have more attention focused on his Mormon faith as we get closer to elections. As a Mormon herself, Mia tells us what everyone should know about the religion:

“I just think that people should know that the Mormon faith, we’re just like everyone else. You know, we’ve got, this is the same thing with Mitt. I always say this, he’s a great husband, very much in love with his wife. He’s a dedicated father, terrific with kids and he’s extremely successful in his business and a great member of his community and I think that those are the things that we need to understand.

We get involved in our communities, we try and do what we can to help our neighbors out personally without anybody forcing us to do it without federal government forcing us to do it. We try and care for each other and care for our fellow neighbors and I think that’s what’s great. We, it’s no different than any other religion in terms of some ideas that we believe that we’re capable of making decisions and we believe in choice and accountability.”

Mayor Love agrees with Jay that the United States of America is not immune to the kinds of things that have diminished other empires throughout history:

“We are not immune. As a matter of fact, when I talk about the potential fiscal Armageddon, I believe that we’ve got a narrow window to preserve the things that have made this country so great and we all have to come to the table to do that. We are not immune to being laid down. I mean that is what we need. We need to get that message out. So I’m glad you actually brought that up because we’re not immuned to having this nation fall apart and that’s exactly what we’re going to try and prevent from happening.”

You can check out Mia Love’s official site at www.love4utah.com