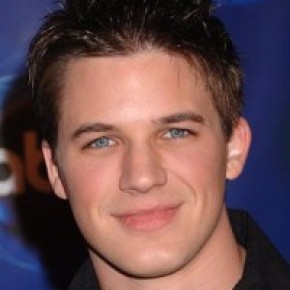 If you’re one of those people who just loves utter craziness and spoof movies then Disaster Movie is for you. Actor Matt Lanter, who is best known for his roles in Commander in Chief and Heroes plays the lead role in the latest spoof comedy out this weekend. The directors of the movie were even convinced that he looks like Nick Lachey and coincidentally got to star alongside Lachey’s girlfriend Vanessa Minnillo.

Listen to the Matt Lanter CYInterview:

Chris Yandek: Besides the role in this upcoming movie, what else has been going on with you of late?

Matt Lanter: “Well, August has been a pretty big month for me. At the end of July I had War Games 2 come out on DVD, which was a sequel to the original War Games with Matthew Broderick and Ally Sheedy. Also The Clone Wars came out on the 15th of August and I think it’s still in theaters. I play Anakin. I voice the Anakin character in the movie and the on going series.”

CY: Who are you parodying in Disaster Movie?

ML: “Oh my gosh. Disaster Movie, we are parodying – there is a whole entire list, everybody from High School Musical to The Hulk to Iron Man to Jumper. It’s a huge list. It would take forever for me to name it, but everybody is under the gun here.”

CY: What kind of characters are you playing in this one?

ML: “Well, the main character is Will Jones. He’s kind of the character that holds altogether and I think the story kind of revolves around him trying to lead this group of friends and find his girlfriend throughout this chaotic down that’s being blown apart by all kinds of disasters and unfortunate events. That’s kind of the main story here. I am also playing Steven Strait from 10,000 BC. We’re doing a spoof of that. We’re doing a spoof of Jumper where I am actually playing the Hayden Christensen character. Also High School Musical – I am playing the Zac Effron character. That’s a fun one.”

CY: It’s funny because many say or some say you have some resemblances of Hayden Christensen. Is it a fair assessment or who do you think you look like in Hollywood?

ML: “I don’t know. Here is a funny story actually. When we were on set, Vanessa Minnillo plays my girlfriend in the movie and I’ve heard this for years and years and years that I look like Nick Lachey and she dates Nick Lachey. We got down to the set and the director was oh my God, we never thought of this and coincidentally you look so much like Nick Lachey. He came down there and it was kind of funny. We were all laughing about it. Kim Kardashian is also in the movie and her boyfriend Reggie Bush was down there. When he came to the set I met him and he thought that I was spoofing Nick [Lachey]. I was like no…no this is completely separate but ironic. It was kind of funny.”

CY: So what did Vanessa say about you look like Nick say on a scale of one to ten?

ML: “She never gave me a scale, but I think she thinks we look similar. I guess we can ask her that. (Laughs).”

CY: Speaking of Kim Kardashian, she’s actually in the upcoming Dancing with the Stars. What are your thoughts on how she’s gonna do?

ML: “I think she’s gonna do good actually. She’s young and spunky. I don’t know if I could pull that stuff off. That’s pretty complicated dance steps. I can’t say that I am really all that coordinated when it comes to dance numbers. I think she’ll do good. I’ll be rooting for her.”

CY: How does a movie like this one help an actor’s career or what does an actor get out of doing something like this?

ML: “As far as career wise? I don’t know. For me personally, I have been coincidentally cast in a lot of dramas. I actually feel like comedy is more my strong thing. I grew up in a goofy household and my mom’s family is kind of goofy. We’re always laughing. I love to laugh and have a good time. Comedy I feel is kind of right up my alley. This is kind of the first thing I’ve done that gets to showcase comedy chops I guess you could say. More importantly for me it was just a fun time. Had a meeting with the directors and loved the guys and I wanted to work with them. I grew up watching spoofs and watching the Hot Shots movies and Naked Gun and Scary Movies. For me I just wanted to be a part of it and we shot for six weeks and I had a great time man. It was a blast.”

ML: “Yeah. I guess everyone is wanting something different out of it. For me I just wanted to be a part of it for my career and go do a fun movie, have a good time, and goof off. It can really help a career too especially if the movie does really great. I look at Anna Faris. She did the Scary Movies and she’s actually out in a movie right now. She’s very successful and really great at that kind of comedy. She really has built a huge career out of it.”

CY: I’d consider playing Geena Davis’s son on Commander in Chief probably your biggest breakout role. Was it hard on you when the show was canceled after one season cause there was so much buzz around it.

ML: “I loved being part of Commander in Chief. It was something really special that we were really doing. It’s the business and it happens. You kind of just take everything just knowing that anything can happen. Unfortunately we weren’t picked up for another season. Life goes on.”

ML: “Well, I guess just the inconsistency and working. It’s quite different when you go to a job nine to five and you just have a consistent job you go to and you have a consistent paycheck and that kind of stuff. It’s always weird. One day you’re on a movie and it can be the biggest one out there and the next day you’re kind of looking for the next project. Fortunately I don’t have a lot of down where I am just sitting around. Really got a lot of stuff going on and constantly feeling out the next project and what’s gonna be great for my career and fun to do. I don’t really sit around waiting on things. We go after things and see what’s out there. That’s the life of an actor and I love it.”