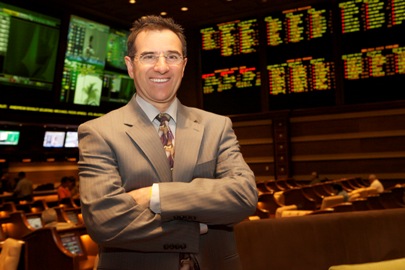 As the sports world readies for 50 college basketball games over four days, better known as March Madness, we are glad to welcome back Wynn Las Vegas sportsbook Manager and CYInterview regular John Avello to talk about everything NCAA Tournament.

Millions of people will be filling out their NCAA Tournament brackets prior to Thursday afternoon. Though it’s not his specialty, Mr. Avello does offer one tip that should never be overlooked:

“You need to stay away from the obvious if you want to win because the obvious is done by most. So you need to find something that’s just a little bit different…You get games like Indiana/New Mexico State. That’s a 4 playing a 13. Most will pick Indiana, but if you know, they’re the type of games you gotta find where you might go with a New Mexico State and separate yourself from the rest of the groups…That’s where you need to lean to if you want to be different than others and have a chance at winning this.”

When looking at this years lines/spreads for the opening round games of the NCAA Tournament, the sportsbook Manager says the higher spreads of a team being a 30 point favorite or underdog are not existent anymore. He says we are getting closer to the day when a 16 seed will upset a 1 seed in the NCAA Tournament:

“I noticed that the more years I do this the spreads become less. And give you for instance, seven, eight years ago, I’d be putting up a Duke against a Virginia Commonwealth, a game like that would be Duke 32 [a 32 point favorite or -32]. Kansas be playing somebody like South Dakota State, they’d be 34 [-34]. The largest spread this year, Missouri 22 [-22] over Norfolk State. The next spread is a 20 [-20] Michigan State over Long Island U and there’s a couple of 17s. But besides that, all the other spreads are somewhere between 1 and 12 actually. So things have changed a bit. You know these higher seeds are more competitive and you’re gonna see a 16 seed beat a 1 sometime in the very near future. Not saying that’s gonna be this year, it’s gonna happen.”

When looking at top NCAA Tournament seeds like Kentucky, North Carolina, Michigan State, Duke and Syracuse among others, John is focusing in on the Kentucky Wildcats as the team to keep your eye on:

“They’re [Kentucky] probably the most athletic team in the entire tournament. So will they win it? Maybe. They make free throws in close games, don’t make stupid mistakes at the end of the game where they’re you know up by one or down one. They have a really good chance. Everybody else by looking at this and the top seeds can be had. I don’t think Michigan State’s that strong a one…When you look at that bracket [West Region], Michigan State, Missouri, Marquette, Louisville I mean and Memphis in there, Florida, that’s a tough bracket and there’s other teams in there that could win too, Murray State, Long Beach State. That’s the toughest bracket I see.

North Carolina also capable of winning it, but as we saw Sunday they throw in a clunker here and there and that’s kind of been the MO for them over the last couple of years. Then in the other bracket [East Region] Syracuse and they’ve probably been the second most solid team in all of college basketball this year.”

Finally, when looking at teams seated outside the top four seeds, Mr. Avello gives his analysis on three teams a lot of people are talking about, which raise some questions, and are considered under the radar. Those teams are UNLV [6 seed], Murray State [6 seed] who lost one game the whole year and Florida [7 seed]:

“They’re [UNLV] a really talented team, but for some reason they lose their focus. They’ve had a lot of big leads in the second half’s that they’ve blown late in the season. So we hope they win one game here at least in the tournament, but the way they’ve been going lately, there’s no sure thing…They’re a pretty good team [Murray State], but they’ve played a soft schedule. One loss, but against really you know weak competition. They get Colorado State the first game. I think they can handle Colorado State, but Colorado State’s playing real well at the end of the year. It’s a very disciplined team. A team that makes all their free throws, tries to keep the turnovers at a minimum. So you know they’re coming also to put in a good showing, but it’s a game that Murray State can certainly win…

I don’t think Florida’s as good as they’ve been in the past. And this first matchup’s very difficult against Virginia. Actually Virginia is a very similar team to the way Florida plays. And so you know get by this one first before you start talking about playing Missouri…They may get one game. I don’t think they’re getting two.”