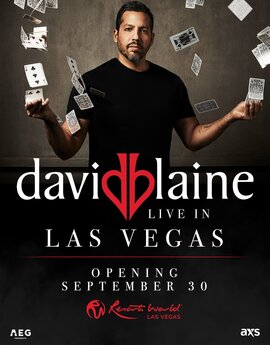 Yesterday, it was reported that magician/illusionist David Blaine is bringing a new show to Las Vegas.

Mr. Blaine is known for making audiences witness things that are beyond belief. He will begin his Las Vegas residency at Resorts World Las Vegas later this year.