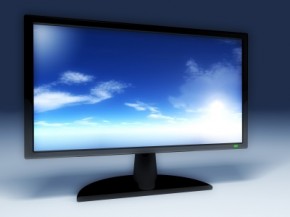 If you pay too much attention to stuff online it can tire you out. That is, of course, if you try and spend lots of time trying to keep up with it. I guess, if you take a more hakuna matata approach, maybe you can just take it in stride. I don’t think I’m much of a hakuna matata type guy, though.

Anyway, May has been quite a month in pop culture land. Lot’s has gone on. Thankfully, a lot of the time, I get to rely on smart people to fill me in on what’s happening.

So, I know this person. A big time educational type. Getting a doctorate. Brainy yet down to earth. Anyway, they made the following observation:

Them: “Maybe the earth is really coming to an end!”

Me: “Are you kidding? Don’t tell me you have fallen for that. You’re disappointing me.”

Them: “Hey, give me a chance to explain.”

Them: “Look, you have Katie Couric, Oprah Winfrey and Mary Hart leaving their shows. Call it a sign. Call them the three women of the apocalypse. Call it what you want. This is serious.”

Some folks are better at looking at the big picture than others. This educational type summed up May 2011 better than I could ever have. They were joking, of course. But May has been a big month when it comes to changes in the pop culture universe. The world’s not ending, but many viewers are going to miss those talented women. Unless and until they come back.

I’ve written about Katie and Oprah. I don’t want to leave out Mary Hart, a TV personality who has been there for us for almost 30 years on Entertainment Tonight. Mary Hart, whose manager, the late Jay Bernstein, saw to it that her legs were insured for $1,000,000. By the way, Mr. Bernstein had also managed Farrah Fawcett and Suzanne Sommers.

Suzanne Sommers. She was in Three’s Company, along with Joyce DeWitt and the late, great John Ritter. Maybe Ms. Winfrey, Ms. Couric and Ms. Hart could do their own version of the show. We could call it a sign the world’s not ending.

If you would like to learn about how Entertainment Tonight started, go to Chris Yandek’s interview with Robin Leach here.