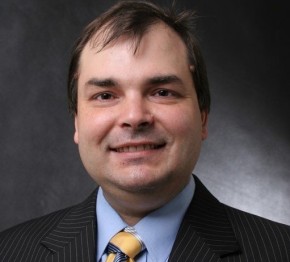 Baselworld is a yearly trade show in Basel, Switzerland where a large number of the world’s watch companies come to show off their wares. Wristwatch enthusiasts – a group that appears to be growing in numbers, even with an uncertain world economy – come to this event, write about it and discuss it passionately online.

With the ending of Baselworld 2015, we began to think of who we might bring onto CYInterview to discuss luxury wristwatches. To be sure, there are a good number of intelligent, knowledgeable and well-spoken wristwatch critics around, some who run excellent websites devoted to watches. There are also magazines dedicated to high end horology.

But in this age of reality television and with a growing trend toward outlandish personalities developed and promoted via social media, we wanted more than someone with mere knowledge of watches. We were interested in bringing someone onto CYInterview who was, perhaps, controversial.

Enter Paul Pluta, an intelligent, well-spoken commentator and critic in the area of luxury goods, particularly wristwatches. He has created the Archie Luxury Channel on YouTube. There he tirelessly posts content with watches as the centerpiece of discussion, in a kind of soap opera covering his life, luxury wristwatches, the state of the Western World, women and more.

Mr. Pluta, created and plays the role of Archibald Chesterfield III on the channel. Archie is a living contradiction. He is a snobbish, condescending bon vivant who claims he is lower middle class and readily tells of his foibles, in addition to his continually expressed, unrepentant love of luxury.

The character of Archibald Chesterfield III, more commonly known as Archie Luxury, speaks of himself as an international YouTube celebrity and luxury goods guru. Looking at the comments on his channel, it would appear that some folks love him and some folks, well, let’s just say they like to throw virtual rotten fruit at him. One thing is certain, however. Mr. Pluta, by way of his Archie character, is working hard at succeeding at what he claims is now a full time pursuit. And it seems his base of followers is growing.

Pluta, who says he is a former IT professional, comes off as both likeable and knowledgeable when he is not performing as Archie Luxury. However, once in character, he is, like a professional wrestling heel, outlandish and unpredictable. The better to gain attention, we imagine.

We spoke with Paul as Paul, to gain his insights into the world of luxury wristwatches, getting his critique on seven notable watches, as well as listening to him hold forth on other topics.

Featured columnist Jay Bildstein joins me for this more than 50 minute conversation with Mr. Pluta.

Every month, folks click onto the Archie Luxury YouTube channel to view Paul Pluta’s videos. On why he wanted to be one of the media voices of the luxury goods world, he tells us this:

“I was so sick of traditional luxury type commentators where everything is there, they’ve got all there i’s dotted, the t’s crossed, very up-market. They have this perception that really wealthy people don’t swear, they’re not crass, they’re very much refined and sophisticated, they only listen to classical music and they don’t mix with normal every day type people. So I kind of wanted to throw that stereotype away. In my own case, I always, my fascination for luxury goods, I’m a lower middle class person. I could never afford to buy these things new. … I created this character who isn’t technically politically correct. He’s not someone who just toes the line and is polite and nice. He can be nasty, crass and vulgar as any person is, but he has this fascination for luxury type goods.”

With a following on YouTube, Mr. Pluta has had people pay him to create video reviews of their luxury possessions. He agrees that it is somewhat narcissistic:

“I think by doing the reviews, people very much like to show off what they’ve got and they like to get the commentary. They, look, misery has a lot of friends. If you have pieces that other people can’t afford, that makes people feel very good about themselves. It makes them feel better than other people. People get a kick out of it. So they definitely, people really do like showing off their collections. And narcissistic? Of course it’s narcissistic. We all want everyone to say you’ve made the right choice.”

In the in-depth audio portion of this CYInterview you can listen to above, we discuss in great detail a variety of luxury watches. On how you can obtain some of these watches for the best prices possible, Mr. Pluta recommends this:

You can check out the Archie Luxury YouTube channel clicking here.