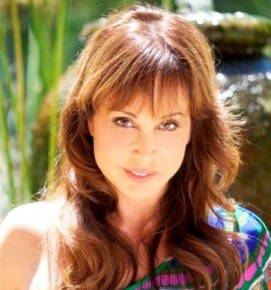 As technological innovation maintains its rapid advance, the pace of public relations continues to quicken. In the current Twitter/Facebook era of 24/7 status updates, more information is accessible to the public than ever before. For prominent publicist Liza Anderson, owner of Anderson Group Public Relations, who represents celebrity clients including Eva Longoria, Michael Emerson, Katie Leclerc, Thomas Gibson, the Klitscko Brothers (among countless others) as well as corporate brands and designers, keeping ahead of the trend is her business.

Ms. Anderson joined me and featured columnist Jay Bildstein for a roundtable discussion covering various public relations topics. You can listen to the entire CYInterview to gain an in depth grasp of what we spoke about, or read the synopsis below:

Liza Anderson began working in public relations for BWR and Warren Cowan, cofounder of Rogers and Cowan, before starting her own public relations firm, Anderson Group Public Relations. She talks about the faster pace of the industry today and why she opened her own company:

“They [clients] have 100 different questions and they’re asking about words that literally didn’t exist five years ago. So it’s really a matter of keeping up with everything that’s going on…You really have to be on top of your game. Like you can’t afford to come to work tired at all ever.”

“It was nice working for somebody, but I wanted to expand and grow. Then you have to, of course, be careful what you wish for because I started the company four years ago with a couple employees, three and two assistants, then it was up to four people. Now I’ve got 20 employees. I’ve got an entire floor.” she says with a chuckle.

Today, there are more people like Liza Anderson running their own public relations firms. Ms. Anderson sheds light on why this has become a trend of sorts:

Liza agreed with Jay Bildstein’s point that some of the mystique of celebrity has been lost, because the general public has more access to celebrities than ever before via Twitter, Facebook and other social networking platforms. Ms. Anderson, who in addition to celebrity clients, represents experts in the beauty, health, hospitality and medical fields is a firm believer in expanding horizons:

“It’s becoming more and more of a trend and it’s really becoming a part of their lifestyle. So it very much humanizes what I call, you know, America’s royalty and I don’t know what the repercussions are gonna be, but I think the jury’s still out…I am a firm believer in expanding and growing and constantly evolving, so I will take on clients that a lot of PR companies won’t.”

The last few years have seen various individuals who have dealt with public relations crises that have reverberated throughout the media. Examples that come to mind are former New York Congressman Anthony Weiner and golf superstar, Tiger Woods. In dealing with crisis management, Liza says you have to be savvy, smart, and truthful:

“Every situation is different, but to lie and to think you can get away with it and underestimate the intelligence of the media or who you’re dealing with is really just a sign of somebody who’s got an ego that’s so big that they just think they’re infallible and you see it everywhere.”

Liza makes a strong, yet often overlooked point, that in the public relations field, as well as in life in general, the most important things we have are our relationships. We should pay attention to them and not take them for granted. For example, Ms. Anderson believes it is critical for her staff to be personable and attentive, while maintaining constant and honest communication with people in the media interested in covering her clients.

“People get so involved in their lives and they forget really what it’s all about. At the end of the day, it is about building relationships and it’s on any level whether you’re doing business or whether you are having, maintaining a happy life and a happy lifestyle.”

Ms. Anderson was kind enough to send us some general information about herself and Anderson Group Public Relations, as it reads on her short and concise website:

“Liza Anderson is the founder of Anderson Group Public Relations. Anderson Group Public Relations is a world-renowned public relations and brand management firm with expertise in television, film, music, corporate, athletic, medical, non-profit, consumer, fashion, personal, beverage, lifestyle, and hospitality publicity. This international recognition comes from our personal approach and dedication to each of our clients, as well as our respected and lasting relationships with the media. Currently assisting a diverse host of successful and illustrious clients worldwide, Anderson Group is a bi-coastal agency with headquarters in Los Angeles, CA.”

You can find more information about Anderson Group at http://andersongrouppr.com/.

Editor’s Disclosure: Liza Anderson, as well as members of her staff at Anderson Group have, in the past, arranged interviews for CYInterview.

Photo credit for this piece goes to Barry Rosen.