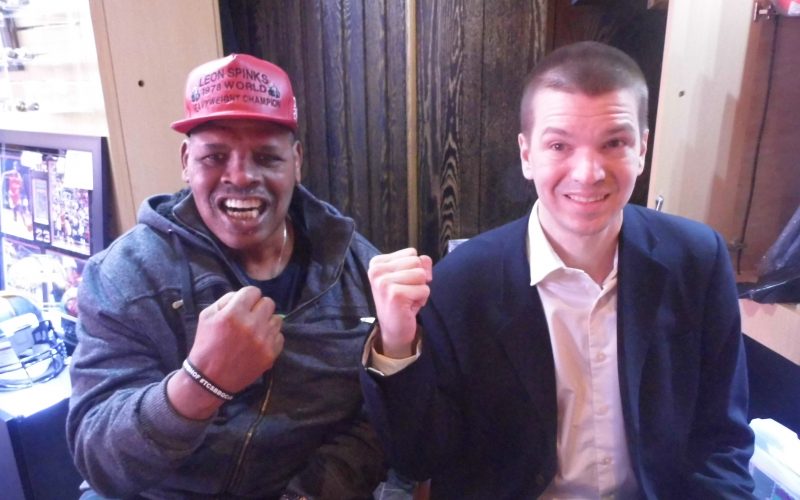 Yesterday, former Boxing Heavyweight Champion of the World Leon Spinks died. The pugilist was 67 years old. The cause of death was reportedly due to prostate cancer.

On February 15th, 1978 Leon Spinks won a 15 round split decision over Muhammad Ali, to become boxing’s World Champion. The fight took place here in Las Vegas at the Las Vegas Hilton Hotel, now known as the Westgate Resort and Casino.

We met Leon at an Inscriptagraphs’ autograph signing at Caesars Palace in 2017. You can see our photo, with the champ, above. Mr. Spinks was a regular on the Las Vegas boxing scene, where he appeared at many events. Though he was dealing with health challenges, he was always in good spirts.

CYInterview sends our condolences to his wife Brenda, son Cory and his brother Michael who, himself, was an accomplished heavyweight champion.